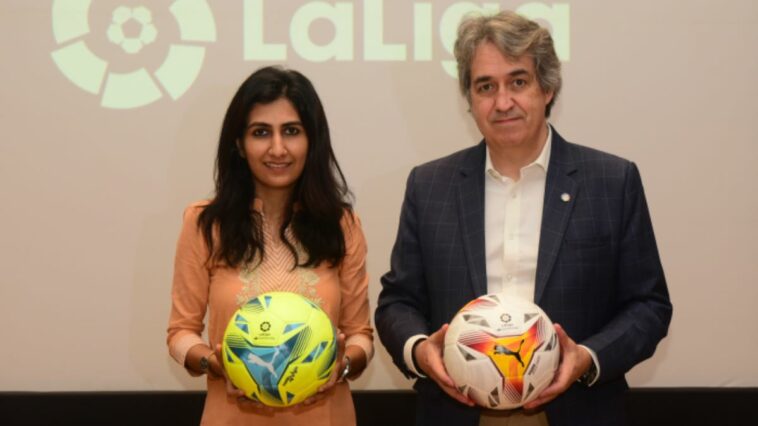 The largest contributing market to LaLiga viewership on Viacom18 in India is Kerala, with a 23% viewership contribution to the sport coming from the southern state. Within the south cluster, 42% of the audience tune-ins for the live matches come from the Kerala market as well.

LaLiga matches and content are broadcast in India on MTV and Sports18 channels, along with Voot Select platform. The Spanish league, celebrating ‘Five Years in India’ since the opening of its Indian office, celebrated the milestone in Kochi, Kerala with Jose Antonio Cachaza, Managing Director, LaLiga India and Aakriti Vohra, India Delegate, LaLiga Global Network participating in the event.

The growth in the audience has been a result of focused initiatives from LaLiga to establish a deeper connection with the existing fanbase and increase the accessibility of the global-quality product for potential fans in the region and country.

Several of these major initiatives have been undertaken in Kerala, including the first-ever LaLiga club visit to India when Girona FC played matches against A-League’s Melbourne FC and ISL’s Kerala Blasters in the Toyota Yaris LaLiga World Tournament in Kochi in 2018, visit of LaLiga Legend and Ambassador, Fernando Morientes to Kochi, launch of the flagship LaLiga Football Schools programme in Kerala and many more.

Jose Antonio Cachaza, Managing Director, LaLiga India, said, “Our audience base in Kerala has been growing consistently for the last five years. The love and passion the people here have for football is a well-known fact and their appreciation for a world-class product is visible to us. The fact that LaLiga clubs have remained at the top of European football for the last 15 years, along with our focused efforts in the region, have contributed towards increasing the following and audience. We are committed to strengthening this connection we have with fans here by improving their viewing experience, organizing engagements for fans and much more.”

The New Delhi office of LaLiga, which is the league’s second office in Asia, was set up in 2017. In the five years since, LaLiga has expanded the fan base exponentially, grown its social audience by 2000%, established grassroots programs and built strong relations with leading Indian companies like BKT, Dream11 and HeroVired.

Other landmark initiatives include signing the Indian Men’s Cricket Team Captain, Rohit Sharma as LaLiga’s first-ever Brand Ambassador in India, bringing Girona FC to Kerala to play matches in India, and organizing large fan viewings and events with several of the most renowned LaLiga Legends visiting and many more.