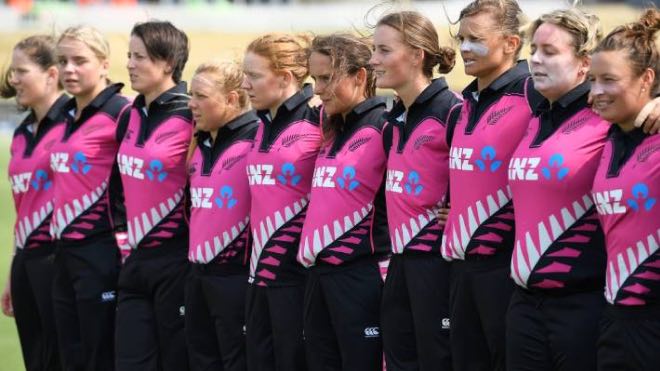 On Wednesday, New Zealand Cricket has announced the women’s central contracts with 17 players for the 2021-22 season. Brooke Halliday, Frankie Mackay and Jess McFadyen have been offered the contracts for the first time following strong domestic form.

The trio joined by all-rounder Thamsyn Newton, who was previously contracted from 2016-2018, as the four new additions to the contract list.

Halliday is no stranger to White Ferns fans with 12 international appearances already to her name as well as back-to-back ODI half-centuries against England.

Meanwhile, Mackay’s inclusion comes off the back of a strong 2019-20 that peaked in Napier with her match-winning double of 46 runs and two for 20.

Newton and McFadyen are included after the strong domestic form, with McFadyen given a chance to work on her wicket-keeping alongside experienced Katey Martin.

Previously contracted Katie Perkins, Holly Huddleston, Anna Peterson and Natalie Dodd have not been offered contracts for the upcoming season.

New Zealand women’s head coach Bob Carter said he was looking forward to an England tour over the winter and was mindful of the ICC Women’s Cricket World Cup, to be played in New Zealand, on the horizon.

“I would like to congratulate those players returning but especially those receiving a contract for the first time,” said Carter.

“Brooke and Frankie’s performances last season were very encouraging and we’re looking forward to working closely with those two over the winter. Both have leadership experience at the domestic level and have plenty to add to the group off the park as well as on it,” he added.

“We welcome back Thamsyn and are especially excited about her athletic capacity and skills in all three facets of the game. Jess McFadyen is an exciting prospect and had strong campaigns in both the Dream11 Super Smash and Hallyburton Johnstone Shield. We need to develop our wicket-keepers and Jess has shown ability over several seasons now. She has a wise head on her shoulders and will be an asset to the group, I’m sure,” he said.