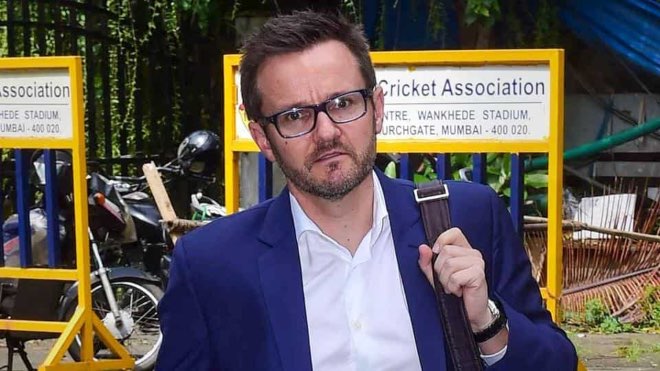 13th season of Indian Premier League (IPL 2020) has been postponed indefinitely by IPL governing council due to coronavirus pandemic. The country is under lockdown till May 3. Talking to SEN radio Raoyal Challengers Bangalore coach Simon Katoch said that he would be happy if IPL 2020 will played Australia and South Africa.

Simon Katich further said that as Royal Challengers Bangalore (RCB) has several overseas players from Australia and South Africa it will be advantage for them.

“Whether it (IPL) would be in Australia [or elsewhere], that’s an interesting topic of conversation. There would be a few teams – us in particular, we’d be very happy for it to be played abroad. Because a number of our overseas players are Australian and South African. They really would enjoy these conditions in Australia. It would be interesting to see if that would eventuate but obviously, it’s one of many scenarios that’s being discussed,” Simon Katich said.

There are two occasion when IPL is played outside India, Once in South Africa in 2009 during general election and once again in 2014 also due to general election, a part of tournament was played in UAE (United Arab Emirates).

The IPL took place in South Africa in 2009 owing to the general elections in India at the same time and due to the same reason, a part of the tournament was held in the UAE in 2014.

Simon Katich goes on to say that Indian Premier league (IPL) is the biggest T20 tournament in the world.

“It’s obviously the biggest T20 tournament in the world and the people there love their cricket. But I think they’re also realistic to know that they have to sit tight and wait. Like everyone else in the world and ride this out however long that takes,” Katich added.