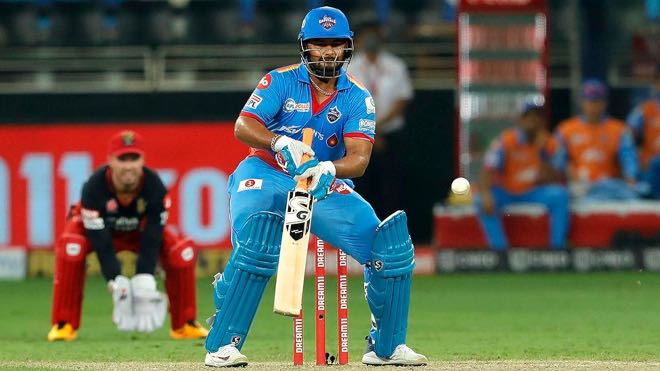 Rishabh Pant out of IPL 2020 for at least a week, confirms Shreyas Iyer

Shreyas Iyer, the captain of the Delhi Capitals team have confirmed that wicketkeeper-batsman Rishabh Pant will at least a week of cricket due to injury.

During a match against Rajasthan Royals at Sharjah, Rishabh Pant suffered a leg injury. Therefore, the Delhi born wicketkeeper-batsman was rested in the match against Mumbai Indians.

Mumbai Indians defeated the Delhi Capitals team in the match at Abu Dhabi by 5 wickets. During the post-match presentation, Delhi Capitals captain Shreyas Iyer revealed that the doctor has advised Rishabh Pant at least a week’s rest.

“We have no idea, I spoke to the doctor. He said he has to rest for a week. Hope he comes back really strong,” he stated during the post-match presentation.

In the absence of Rishabh Pant, Delhi Capitals played Australian international wicketkeeper-batsman Alex Carey. And to include the Australian wicketkeeper, they had to drop the Windies hard-hitting batsman Shimron Hetmyer.

Talking about the match, Mumbai Indians increased their lead at the top of the points table. Mumbai won by 5 wickets after a match-winning knock from both Quinton de Kock and Suryakumar Yadav.

Mumbai chased down the target of 163 runs set by Delhi Capitals in the 19.4 over. With the win, Mumbai Indians now have won 5 out of their 7 matches so far and look set to qualify for the playoffs.