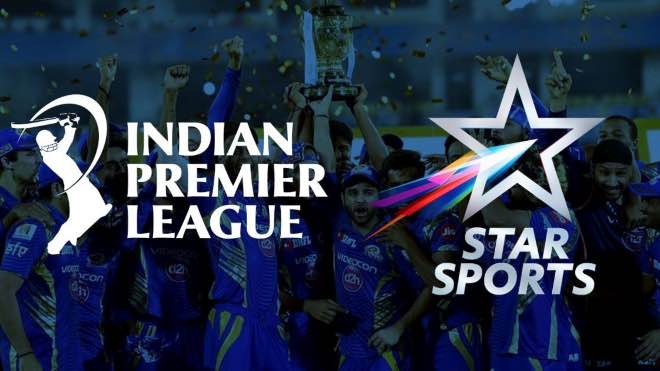 The countdown for the 13th edition of Indian Premier League (IPL 2020) has started and the broadcaster Star India has finalised its advertising price.

As the IPL 2020 is shifted to UAE fans will miss watching the action live in the stadiums. And it is expected that television and digital viewership will be at an all-time high which Star India is looking to capitalise and maximise its revenue.

Star India had generated Rs 3,000 in revenue last year but fell short of nearly 270 crores to make a profit as it pays Rs 3270 to BCCI for the IPL media rights. Although due to coronavirus there is a slowdown in the market, Star India has decided not to cut any of the advertisement prices. And also seems positive to be in profit this year.

The broadcaster, advertisers said, charges on average Rs 8 lakh to Rs 10 lakh (Rs 800,000 to Rs 1 million) for a 10-second slot, which is among the costliest for a programme in the country.

“Our viewership of IPL on TV, as well as OTT platform, has grown year-on-year, and that will continue even this year,” Uday Shankar, president of Walt Disney Company APAC and chairman Star & Disney India, said to Rediff.

“Also, for any company, which is looking at advertising, IPL provides the best and most-effective platform,” he added.

In 2019, IPL has a viewership of 424 million on TV according to the data provided by BARC (Broadcast Audience Research Council) which makes up as much as 51 percent of the TV viewing population. 9 percent watched it in restaurants, pubs, hotels and other places. Besides this, around 300 million users tuned in to Star India OTT platform Hotstar to watch the IPL live. Also, Star India is aiming to increase the IPL viewership by 1% which have been watch IPL in the stadium.

But there are concerns that Star India may lose a few of their top 10 advertisers of IPL 2019, as Chinese brands are likely to stay away from the IPL 2020 on-air advertising due to anti-China sentiment among the Indians. VIVO had already pulled out as the IPL 2020 title sponsorship.

However, IPL will also have competitions from other programs such as Kaun Banega Crorepati, Bigg Boss and Indian Idol, which will air during the same period and charge spot prices of Rs 2.5 lakh to Rs 3 lakh (Rs 250,000 to Rs 300,000) for a 10-second spot and appear cost-effective.