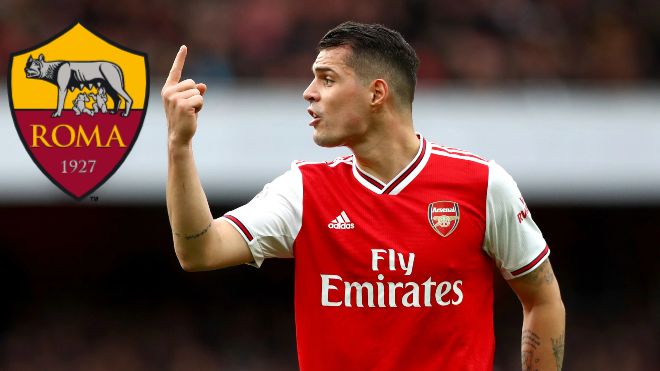 The main reason why Arsenal are letting go of Granit Xhaka

After the electrifying performance that Granit Xhaka put in against France for his nation Switzerland, Xhaka’s fans are adamant that he stay at the Emirates. There has been a lot of transfer rumours regarding Granit Xhaka’s future at the club and that he’s close to signing up for AS Roma.

However Arsenal fans are asking the question now that in such a situation wherein Arsenal are lacking in a leader, why is the club letting go of Granit Xhaka? It’s quite clear from his performances at the Euros that fitness is not an issue.

But the fact of the matter is that Granit Xhaka is currently 28 and has only 2 years left in his contract. Up until now, he has shown absolutely no interest in renewing the existing bond. Hence Arsenal wants to cash in on Xhaka rather than letting him walk away for free at the end of 2 years.

This is the reason the club is pushing for a move to AS Roma who are in talks with Jose Mourinho. Furthermore, the club wants to open up space for Thomas Partey who they recently bought from Atletico Madrid.

“When I arrived here I had a very high opinion of him and knew him really well. I had to convince him he had a future, he had a place here and he could enjoy his career and his family could be happy here,” said Mikel Arteta about Granit Xhaka back in 2020.

“He is a player that when he commits he goes 100 per cent. He has worked really hard and he has won everybody’s trust again. He’s started to enjoy it again and, normally, when you have those two aspects together – that’s when players perform at the highest level,” he had added.