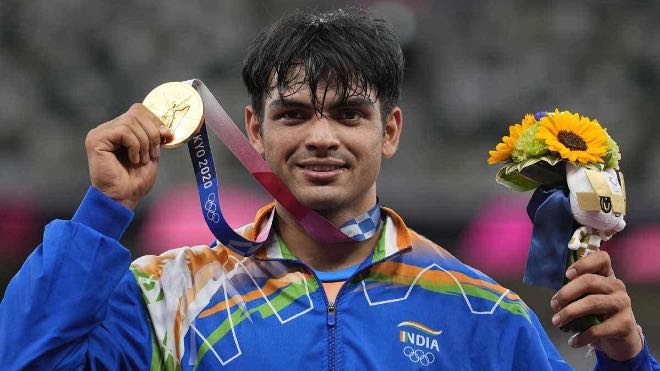 The 12 years wait for an individual gold medal for India is finally over. Indian athletics player Neeraj Chopra becomes only the second Indian to bag an Olympic Gold after Abhinav Bindra created history in the 2008 Beijing games.

Neeraj Chopra, the boy from Haryana started off with a blast registering an 87.03 m throw at the Tokyo Olympics 2020. However, his third throw was the one that would get him over the line for bagging that coveted gold medal. Vadlejch and Vasely from the Czech Republic won silver and bronze respectively.

A mammoth 87.58m throw to leave everyone behind! A miraculous display from the 2018 Commonwealth games gold medal winner who is now the Olympic champion. Having not participated in any major events for the last 2 years, this is quite remarkable for Chopra.

German javelin thrower Johannes Vetter was extremely confident and said that although Chopra performed better in the qualifications, he would triumph in the final event. He had to eat humble pie in the end as the world number 1 couldn’t even progress through from the top 8.

He has listened to the prayers of 1.3 billion people and brought him great glory alongside. It’s a memorable and historic day for sports in India. Once again the tri-colour is flying high at the Olympic Games.