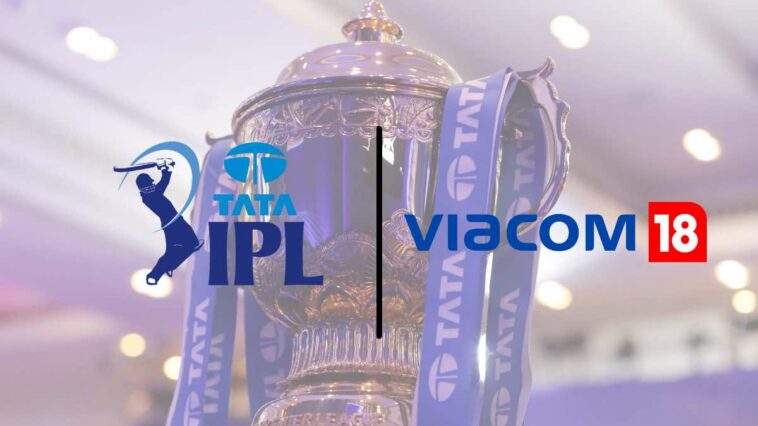 Viacom18 secured the Women’s Indian Premier League (WIPL) media rights value for the 2023-2027 cycle for a total of Rs 951 crore. This means the per-match value will be close to Rs 7.09 crore for the next five years.

The five WIPL franchises will be unveiled on January 25 by the BCCI.

BCCI President, Roger Binny said, “I would like to congratulate Viacom18 for bagging the media rights for Women’s IPL for the period of 5 years. Women’s cricket has been on the up since a few years and the recently concluded bilateral series against Australia is a great testament to how popular women’s cricket has become in India. It was only apt to get our own women’s T20 league and give the fans more of women’s cricket. I would also like to congratulate the BCCI leadership and its workforce for a successful media rights process and wish them the very best for the first edition of the Women’s IPL.”

BCCI Honorary Secretary, Jay Shah said, “I am really thrilled that we have had such an encouraging response for a league that will revolutionise women’s cricket not just in India but across the globe. This is a commitment I had made to the Board and our women cricketers and today we have taken one big leap. The broadcasters play a key role in taking the game to a wider audience and their active interest in the league is a clear indication that the Women’s Indian Premier League is headed in the right direction. The per-match valuation of Rs INR 7.09 crore is something that has never previously been registered for a women’s game. I congratulate Viacom18 for securing both the TV and digital rights with a combined bid of INR 951 crores and welcome them on Board. The journey has well and truly started and we will take another major step this month when the five franchises are announced.”

Chairman, IPL Governing Council, Arun Singh Dhumal said, “It gives me immense pleasure to welcome Viacom18 as our official digital and television broadcaster for women’s IPL. Viacom18 has committed INR 951 crores, which is a per-match value of INR 7.09 crores for the next 5 years (2023-27).”

“The faith of all our bidders for this process also testifies that they see value in investing in this property which will only be growing with each passing year. Women’s cricket has shown immense growth in the past few years and our own T20 league, it only solidifies our approach towards women’s cricket and the potential it has for growth in India. I would once again like to congratulate Viacom18 and would also like to thank all our bidders for supporting and showing faith in our prospects,” he added.

Rajeev Shukla, Vice-President, BCCI, said, “I’m truly glad to witness a new dawn in women’s cricket today. The Women’s IPL would elevate the stature of women’s cricket across the globe and would groom talents at the grassroots level. Congratulations to Viacom18 for winning the media rights for Women’s IPL 2023-27. We hope to witness phenomenal enthusiasm and support from cricket audiences worldwide.”

BCCI Treasurer, Mr Ashish Shelar said, “I congratulate and thank Viacom18 for their record bid and faith in the league. With a consolidated bid of INR 951 crore they have won both the TV as well as digital rights. These are record numbers for a women’s tournament and signal to a promising start to Women’s IPL. I am confident that the tournament will prove to be a game-changer and that the popularity of women’s cricket will soar further. A lot of work is being done behind the scenes and the first season of this unique tournament will truly be memorable.”