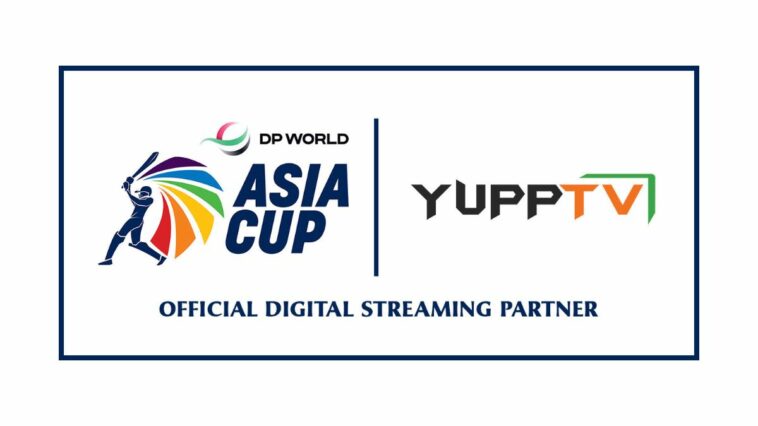 YuppTV has bagged the Broadcasting rights for the 15th Edition of the Asia Cup Cricket tournament, Asia Cup 2022. Asia Cup 2022 is set to be telecasted LIVE over YuppTV’s OTT platform in 70+ countries.

Asia Cup 2022 is set to commence on August 27, 2022 and will be available for viewers online exclusively on YuppTV’s streaming platforms in 70+ countries which include Continental Europe, Malaysia, Australia (Non-Exclusive), New Zealand, Japan and South East Asia (Except Singapore) and Hong Kong (Non-Exclusive). The matches are set to be held in two venues, Dubai and Sharjah.

Asia Cup 2022, a T20 International cricket tournament, is set to be held in the United Arab Emirates from August 27 to September 11, 2022. The tournament will be played between 6 teams from India, Pakistan, Bangladesh, Sri Lanka, Afghanistan, and one more team which will be selected from a round of qualifying matches which will be held in Oman from 20 to 24 August 2022.

In the succession of winning the exclusive telecast rights, Uday Reddy, Founder & CEO – YuppTV said, “We are inexplicably exhilarated to announce that YuppTV will be the official telecast partner for this year’s Asia Cup in 70+ countries and are looking forward to bring all the action from the tournament straight to the fans. The world of cricket has always been special to us, as it is for the people across the world. Needless to say, the 15th edition of the Asia Cup will be a thrilling affair, with fierce rivalries coming up early on in the tournament, such as the fixture between India and Pakistan falling on the second day of the tournament. This year’s telecast is truly going to be exceptional, and we can’t wait!”