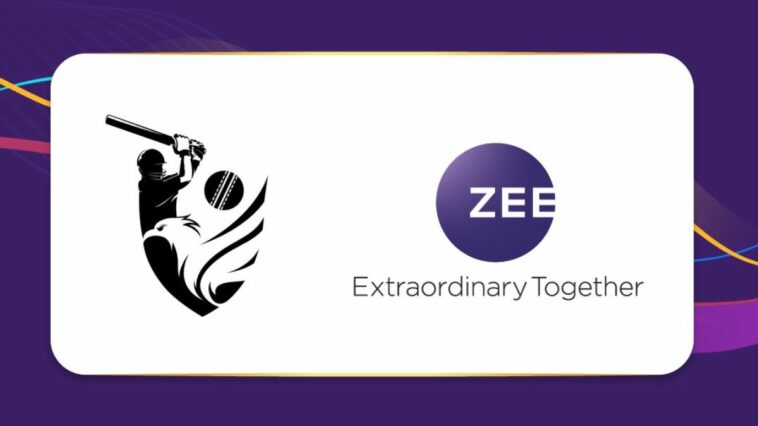 Emirates Cricket Board (ECB) today announced the signing of a long-term global media rights contract of UAE T20 League with ZEE. The League will air exclusively on ZEE’s linear channels and its OTT platform ZEE5, in India and across the world.

It is learnt that Zee Entertainment Enterprises Limited (ZEEL) has bagged the rights for the UAE T20 League for 10 years. According to the sources, the channel will be paying $15 million per year as a broadcast rights fee for the league. Thus, the total evaluation of the association becomes $150 million for 10 years.

ZEE’s strong global presence across 190+ countries will help build the reach and resonance for the League with viewers and partners. With immense synergies between its businesses and a holistic approach for advertisers and distribution partners, ZEE will engage fans through a multi-platform strategy taking the league to more than 100 million households.

UAE T20 League matches will air across ZEE’s 10 linear channels in the HSM (Hindi Speaking Markets), South and East regions in English, Hindi, and Tamil languages. The League will also be simultaneously streamed Live on ZEE5, and on radio globally.

Khalid Al Zarooni, Chairman of UAE T20 League said, “Nothing can be more satisfying than to have a credible broadcast partner like ZEE associated with the League. I am thankful to both Punit Goenka, MD & CEO and Rahul Johri, President – Business South Asia at ZEE for having faith in this League and to grow into a commercially successful enterprise. It is further a matter of delight that ZEE has decided to re-enter sports broadcast with UAE’s T20 League being the first media rights acquisition. We are very confident that ZEE has the strength of viewership to take our League to unmatched levels.”

Rahul Johri, President – Business, South Asia, Zee Entertainment Enterprises Limited, said, “At ZEE, we are delighted to be the official global media rights holder of UAE’s T20 League. We believe that the League, which is already attracting globally, the biggest cricket stars and team franchisees, will provide fantastic cricket and entertainment to viewers across the world. ZEE is committed to use the strength of its platforms to take UAE’s T20 League to audiences in India and across the globe.”

Mubashshir Usmani, General Secretary ECB said, “ECB wishes both UAE’s T20 League and ZEE well for entering into this partnership. We recognize and appreciate the massive reach of ZEE’s channels and their Digital media platform which will benefit the League in terms of viewership. The tournament will also provide a valuable platform for Emirates Cricket to develop the local talent and to provide players the opportunity to train and play alongside the world’s best .”