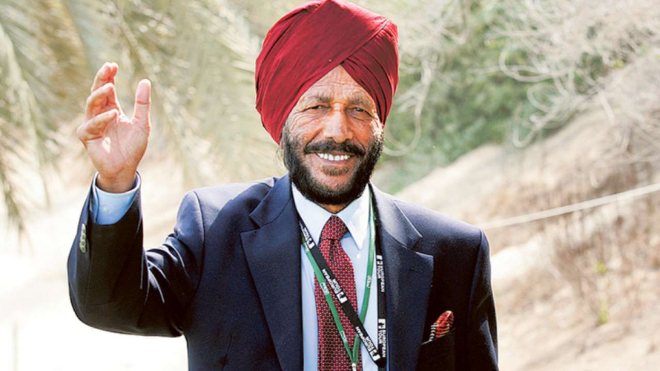 An End of the era; 'The Flying Sikh' Milkha Singh passes away at the age of 91 due to post COVID-19 complications

One of India’s and the world’s finest athletes of all time, Milkha Singh also fondly known as “The Flying Sikh” passes away on Friday, June 18 due to post-COVID complications. 91-years-old four-time Asian Gold medalist had his last breath at the Post Graduate Institute of Medical Education and Research in Chandigarh.

His son and legendary golfer Jeev Milkha Singh confirmed his father’s death. Recently, Milkha Singh’s wife and a former Indian Volleyball Captain Nirmal Kaur also passed away due to COVID-19. The legendary athlete was fighting his valiant battle with such high spirits as he had always shown on the track field. He even recently had his report negative and shifted out of the COVID-ICU. But in the end, he was once again admitted to the hospital after developing fever and a dip in oxygen level.

The president in his tweet said, “The passing of sporting icon Milkha Singh fills my heart with grief. The story of his struggles and strength of character will continue to inspire generations of Indians. My deepest condolences to his family members, and countless admirers.

Prime Minister Narendra Modi said, “In the passing away of Shri Milkha Singh Ji, we have lost a colossal sportsperson, who captured the nation’s imagination and had a special place in the hearts of countless Indians. His inspiring personality endeared himself to millions. Anguished by his passing away”.

Punjab’s Chief Minister Captain Amarinder Singh also paid homage to Milkha Singh through Twitter. He said, “Upset and saddened to hear of Milkha Singh Ji’s demise. It marks the end of an era and India & Punjab are poorer today. My condolences to the bereaved family & millions of fans. The legend of the Flying Sikh will reverberate for generations to come. Rest in peace Sir!”

Milkha Singh was born in Gobindpura (now in Pakistan) on 20th November 1929. He was the first athlete to win the gold in the then British Empire and Commonwealth Games in Cardiff in 1958. He made a record there which was held by him for more than 50 years. He emerged victorious in the 400 m final in Cardiff edging out Malcolm Spence of South Africa with a timing of 46.6 seconds.