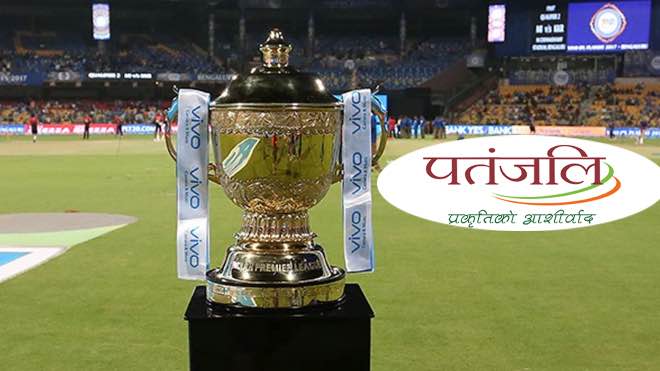 Yoga guru Baba Ramdev’s Patanjali Ayurved is likely to bid for the title sponsorship of the 13th edition of the Indian Premier League (2020), for which Board of Control for Cricket in India (BCCI) issued the tender after VIVO exit from the deal for one year.

Patanjali spokesperson SK Tijarawala said, “We are considering the IPL title sponsorship for this year since we want to give the Patanjali brand a global marketing platform.”

VIVO exit from the IPL 2020 title sponsorship is due to anti-China sentiments and Patanjali being an indigenous brand, market experts think it will help Patanjali more than IPL.

“Patanjali as a title sponsor for IPL will do more for Patanjali than for IPL. While the caste hierarchy among brands could play out, Patanjali owning the title sponsorship would be contextual from a nationalist perspective, since there is an enormous anti-China sentiment prevailing in the country,” said brand strategist Harish Bijoor.

Though Patanjali will have tough competitions from some big brands like Amazon, Byju’s and Coca-Cola.