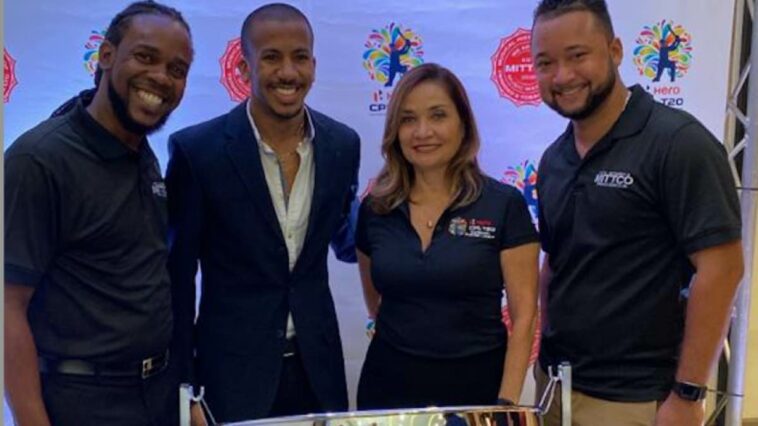 Musical Instruments of Trinidad & Tobago Co. Limited (MITTCO) have been announced as the Official Musical Instrument for the Caribbean Premier League (CPL T20) for three consecutive seasons from 2022-2024, starting from CPL 2022. As part of the deals, the pan will be played at all games by talented local and regional musicians.

Natalie Black-O’Connor, head of branding and hospitality at CPL, is elated about the three-year partnership from 2022-2024.

“We are very excited to be partnering with MITTCO for the 2022 Hero Caribbean Premier League,” Black-O’Connor said.

The introduction of pan is in line with CPL’s goals, she said, “At CPL we always pride ourselves on being a Caribbean brand with a global outlook and there is no better example of this than steelpan, which has become synonymous with our region and is one of our greatest exports. Having MITTCO being part of CPL 2022 is even more exciting, given that we are seeing the return of fans from across the region after two years of having the tournament impacted by the global (covid19) pandemic.”

Akua Leith, director of business development at MITTCO, said, “MITTCO is deeply heartened to confirm that the MITTCO steelpan is the official musical instrument of the Hero CPL and that we will be a sponsor for a consecutive period of three years from 2022-2024.”

“According to the details of this agreement, the CPL will also facilitate the integration of live steelpan performances during all the matches,” Leith said.

He said the exposure given to musicians during the CPL will be satisfying.

“Benefits from this exposure to such a diverse multimedia platform and global audience are certain to augur well with the entire steelpan fraternity,” added.