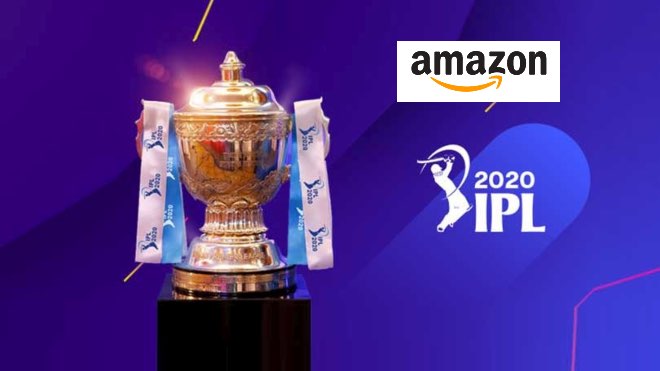 After Byjus and Coca-Cola, Amazon is also eyeing for the title sponsorship of the 13th edition of the Indian Premier League (IPL 2020).

Earlier we reported that after the suspension of the title sponsorship deal between VIVO and BCCI for the IPL 2020, Byju’s and Coca-Cola are likely to bid for the sponsorship. Now reports are coming that the e-commerce giant Amazon is also looking to join the race.

Marketing analyst and experts have good reason to believe that Amazon has good reasons to associate with cricket fraternity as the timing of the event is during the Indian festive season.

“See, at present after whatever has happened with the lockdown and economic impact, two of the biggest players would be from the e-learning and e-commerce sector,” the analyst told IANS.

“You don’t expect a new player, like some start-up, to walk in. But maybe someone like a Byju’s, which is already a part of the BCCI family, can step up and do the big-ticket event. Not to forget Unacademy who have been looking to associate itself with the cricket fraternity,” he added.

Being IPL final just four days before the Diwali, it can help the e-commerce company to increase the sales. Though the expert believes that the sponsorship amount will be no close to the Rs 440 crore of the VIVO deal, but half or the one-third will be a good deal.

“When you come to the e-commerce side of things, while Diwali is four days after the final, you don’t shop two days before the occasion. You actually do it a month leading into the festival. What better than for Amazon or Flipkart to use that space and get ultimate mileage? Also, you have to realise that nobody will be paying Rs 440 crore. So, in short, you get the best advertising seat for say half or 1/3rd the value. It cannot get better than this actually,” he said.