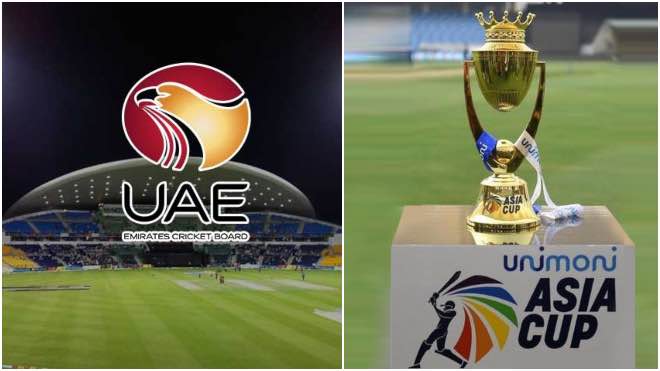 The Emirates Cricket Board (ECB) have been disappointed Asia Cup 2020 moving to Sri Lanka. Regarding this ECB have written a letter to Asian Cricket Council (ACC) citing their advance talks to host Asia Cup which is now swapped with Sri Lanka.

Pakistan Cricket Board (PCB) have rights to hold the Asia Cup 2020, after the June 8 ACC meeting, UAE o tired its government about hosting the tournament considering the travel restriction but soon SLC chief announced that the tournament have been swapped with Sri Lanka.

“Yes, the ECB has written a letter to the ACC and naturally we are disappointed. Three days before the ACC meeting – on June 8 – we were in advanced talks to host the Asia Cup and had notified our government about it to get the necessary permissions and three days later, we got to hear from media reports that the tournament is being swapped with Sri Lanka. That was absolutely unfair,” sources privy to developments in UAE said.

Earlier this month, Sri Lanka Cricket (SLC) chief Shammi Silva said to media that the ACC has agreed to Sri Lanka hosting this year’s edition of the Asia Cup after ACC June 8 meeting,

“We had a discussion with Pakistan Cricket Board and they have already agreed to our hosting this edition due to the present world situation. We had an online ACC meeting and they basically gave us the green light to host the tournament,” Silva said after ACC meeting.

“The global cricket structure may have their full members, associate members etc, which is fine. But when it comes to dealing with a country, there’s no such distinction,” sources in UAE cricket board said.

“The request was raised with the government in UAE so if the ACC was making changes, based on the Pakistan Cricket Board’s (PCB) priorities, we should’ve been informed first. This is highly unprofessional,” he added.

Though there is no clarity over whether the tournament will be organised or not. Reports have also surfaced that BCCI is planning to host IPL 2020 when Asia cup is scheduled. there are also reports that Asia Cup could be postponed to November-December but this has been refuted by Pakistan Cricket Board (PCB) CEO Wasim Khan.

Though according to sources in BCCI, there has been no decision taken on the tournament so far.

“We have no idea where such reports are coming from and we’re surprised how fast these reports travel. The BCCI is clear that no decision was taken at the ACC meeting. The Board (BCCI) is tired of giving out these clarifications. Earlier it was about travelling to Zimbabwe and Sri Lanka, and BCCI had to deny it with a statement. Now this,” well-placed sources in the Board had told Times of India.