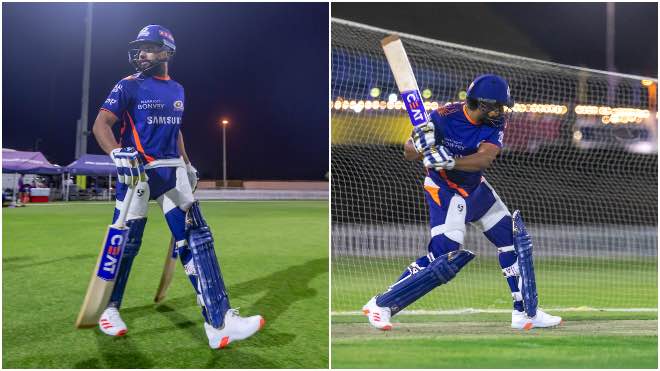 Good News for Mumbai Indians fans, Rohit Sharma back to training for IPL 2020

On Monday, BCCI announced the India squads for the upcoming tour of Australia, where India are scheduled to play three ODIs, three T20Is and four Tests during the much-awaited tour.

India limited-overs vice-captain, Rohit Sharma has not been named in any of the three squads announced for the upcoming tour. It was speculated that Rohit Sharma might be ruled out of the rest of IPL 2020 due to injury.

But Mumbai Indians on Monday, Mumbai Indians late night posted a video on Twitter of Rohit Sharma training and looks recovered from the hamstring injury and its likely that he will play next Mumbai Indians match against Royal Challengers Bangalore on October 28 at Sheikh Zayed Cricket Stadium, Abu Dhabi.

Rohit Sharma had earlier missed out two matches against Chennai Super Kings and Rajasthan Royals because of hamstring injury during the match against Kings XI Punjab on October 23.

“Rohit has made good progress over last four days, while the management is taking one day at a time monitoring the recovery process in consultancy with BCCI,” the statement said.