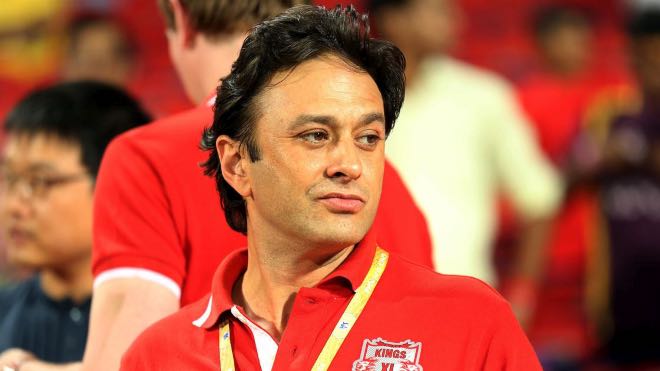 I will change my name if IPL 2020 is not the most-watched season: KXIP owner Ness Wadia

Indian Premier League (IPL 2020) is coming close but BCCI and the franchise are having problems with their sponsors. Chinese mobile manufacturer VIVO had pulled out as the ‘Title Sponsor’ of IPL for this season stating the drop in sales though this has come after a huge backlash on social media about BCCI holding on to VIVO.

Franchises are also having a tough time negotiating with their sponsors and inside sources are stating that few franchises have lost some sponsors. Sponsors have their elevation due to slowdown in the market and whether this season of IPL in UAE will be able to fetch the market value.

Though Kings XI Punjab (KXIP) co-owner Ness Wadia defer from sponsors, he thinks this season of IPL will be the most-watched season.

“All the sponsors are going to negotiate hard but I will change my name if it is not the most-watched IPL ever. It will be the best ever IPL. You mark my words. Sponsors would be foolish not to be part of IPL this year,” Ness Wadia said.

“It would be a wrong commercial decision on their part to not be a part of the IPL. I truly believe that if I was a sponsor, I would jump right in,” he added.

Wadia though said that he didn’t know about the BCCI decision regarding VIVO as the Title Sponsorship but said all the franchise are on the same page with IPL.

“I don’t know what the BCCI has decided on title sponsorship. All the team owners had a productive meeting and are on the same page to make IPL a success. We need to support the BCCI and will be meeting again soon”, he said.

Wadia seems concerned about the safety of the players and everyone involved.

“There is much speculation going on. I think it is ridiculous. The only thing we (franchise know is that the IPL is happening. We are very concerned about the safety of the players and all others involved. Even if there is one case, the IPL could be doomed,” Wadia said.

“We have to adjust and acclimatise to the (bio-secure) environment. One case could kill the IPL. Extraneous circumstances require ordinary people to do extraordinary things,” he added.