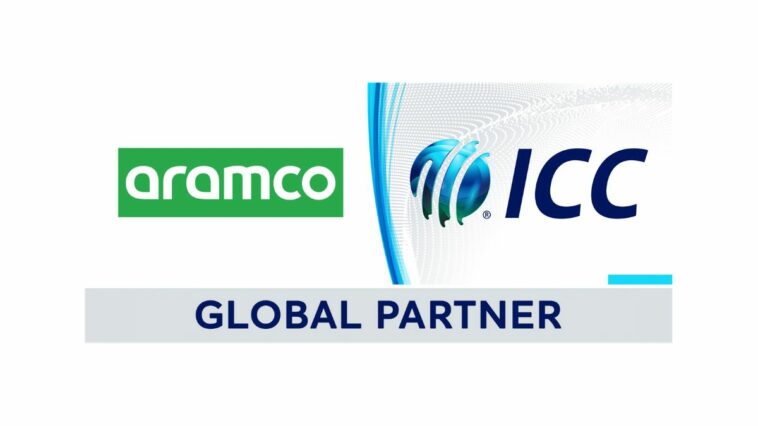 The International Cricket Council (ICC), today announced a global partnership with Aramco. The partnership will include Aramco sponsorship of all major men’s and women’s ICC events scheduled until the end of 2023, including the ICC Men’s T20 World Cup 2022 in Australia, the ICC Women’s T20 World Cup in South Africa, the ICC World Test Championship Final in the UK, and the ICC Men’s Cricket World Cup 2023 in India.

Aramco has been granted naming rights for ICC Player of the Match awards, which celebrate elite performances throughout each event.

Aramco recycling machines will be installed across all seven match venues in Australia for the ICC Men’s T20 World Cup later this month. Plastic waste recycled from these machines will be converted into clothing for future ICC events.

ICC Chief Executive Geoff Allardice said, “We are delighted to welcome Aramco into the family of ICC global partners. Our shared commitment to excellence is the foundation of the partnership and we are looking forward to working with Aramco on our major men’s and women’s events through to the end of 2023.”

Aramco Global Public Affairs General Manager, Talal Al-Marri, said, “This represents a significant addition to our network of global partnerships and we are pleased to join forces with the ICC. Excellence is one of our core values and this is reflected in our support of cricket at the elite level. It is a sport that demands high levels of focus, teamwork, discipline, integrity and ability — and these are all attributes that we value highly at Aramco.”