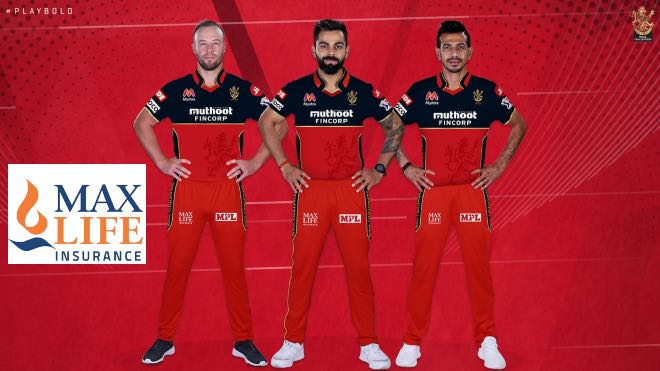 Earlier this week RCB has signed MPL as the new sponsor for the IPL 2020.

Max Life Insurance, one of the leading life insurers in India, is a joint venture between Max Financial Services Ltd. and Mitsui Sumitomo Insurance Co. Ltd. Max Financial Services Ltd. is a part of the Max group, which is a leading Indian multi-business corporation, while Mitsui Sumitomo Insurance is a member of MS&AD Insurance Group, which is amongst the leading insurers in the world. Max Life Insurance has the vision to be the most admired life insurance company by securing the financial future of its customers.