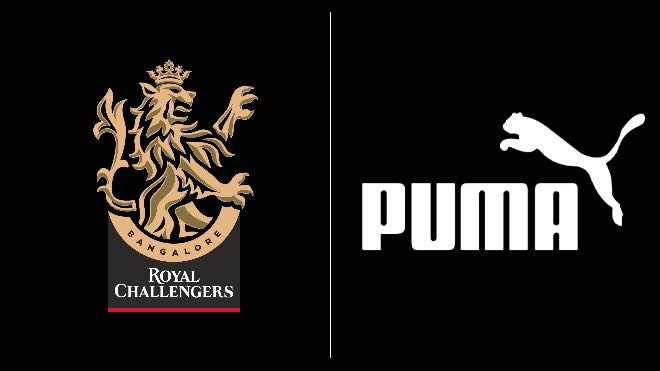 Royal Challengers Bangalore signed a three-year sponsorship deal with global sports brand Puma. Puma will be the official kit partner of the team from the upcoming 14th edition of the Indian Premier League (IPL 2021).

As part of the deal, Puma will have exclusive branding rights to RCB’s takedown and replica jerseys, and other clothing lines like polo tees, shorts, pants, flip flops and caps. RCB merchandise will be available pan-India via Puma e-commerce channels exclusive stores, multi-brand channels, large format stores like Lifestyle and Shoppers Stop and even in RCB Bar and Café. Puma will also launch advertising campaigns across media platforms.

“We are excited to partner with RCB, one of the most popular teams in the Indian Premier League. Our similar brand ethos coupled with the team’s growing fan base and extensive social following makes RCB our ideal partner on the cricket pitch,” Abhishek Ganguly, Managing Director, Puma India and Southeast Asia.

“We will have a presence on the pitch, team training and travel when it comes to merchandise. It is also a big opportunity to engage RCB fans so we will have digital and e-commerce engagements. Hopefully, when fans return to stadiums next year we will be looking forward to leverage the on ground and in stadia activations,” added Ganguly.

This is not the first time, Puma has sponsored IPL teams and returning to IPL after almost a decade. Earlier, it had Rajasthan Royals, Deccan Chargers and Sunrisers Hyderabad during the initial years. The growth of IPL and the growth of the merchandise market are the main reason for the return of Puma to IPL.

“At that point of time, IPL wasn’t lucrative from a merchandising point. So, we chose to back players like Sourav Ganguly and Yuvraj Singh and more recently Virat Kohli and KL Rahul,” Ganguly added.

“Over the years, as the brand and distribution network grew, we became a market leader and IPL became a mature and strong property. We felt this is the right time to get back to IPL and build on the sports merchandising opportunity where the market size is doubling every two to three years,” he added.

Rajesh V Menon, vice-president & head of Royal Challengers Bangalore, said, “Both RCB and Puma have common sensibilities and have built on a strong lifestyle proposition. We are positive that with Puma’s marketing capabilities, fans will have access to not only great merchandise but also some very interesting activations and engagements through the IPL season and beyond.”

Notably, India and RCB captain Virat Kolhi is the brand ambassador of Puma for its brand One8. He was the first Indian sportsman to sign over Rs 100 crore NINE-year deal in 2017, joining the likes of Usain Bolt, Asafa Powell and Thierry Henry.

“It’s great to welcome PUMA to the RCB family. A global brand with a strong sporting vision and great quality products, their extensive distribution network through offline and online channels will ensure fans have access to RCB merchandise across the country. Over the years, I’ve had a great experience working with the brand and I’m excited to see Puma extend its partnership with the team that I play for,” said Kohli.