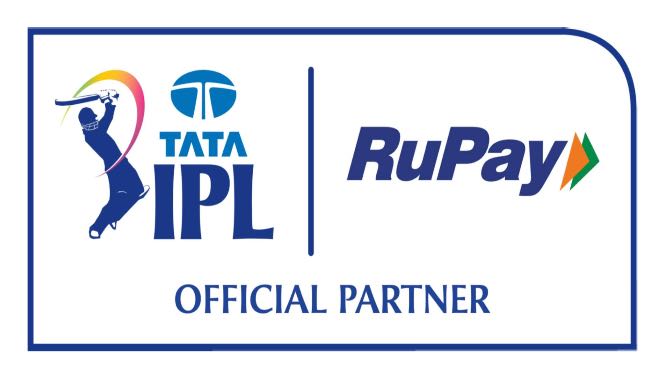 The Indian Premier League Governing Council (IPL GC) today announced RuPay, the flagship product of the National Payments Corporation of India (NPCI) as an official partner for IPL, which will begin on March 26, 2022. This will be a multi-year partnership and if reports are to be believed, it is a two-year contract.

Brijesh Patel, Chairman, IPL, said “We are pleased to have RuPay on board as an official partner of the Indian Premier League 2022. This association of IPL and RuPay, the flagship product of NPCI, brings together two of India’s best homegrown brands and is set to create a huge impact on millions of Indians across the globe, encouraging digital payments adoption in a faster and seamless manner.”

Commenting on the partnership, Praveena Rai, Chief Operating Officer, NPCI said, “We are delighted to partner with the BCCI for one of the most celebrated sports leagues – Indian Premier League. We believe RuPay resonates well with IPL as both brands are bringing India together. Just like IPL provides high voltage entertainment to all Indian cricket lovers, RuPay offers tech-led, innovative, and customized offerings to people across the country, being accepted in India and internationally. With RuPay’s venture into IPL as the official partner, we feel it is one of the best ways to define the tech-savvy, youthful, contemporary brand personality of RuPay.”

IPL 2022 is to begin on March 26, 2022 and will take place for more than two months and the final is scheduled to take place on May 29. IPL 2022 will witness a battle among 10 teams, as two new teams Lucknow Super Giants and Gujarat Titans are added to the tournament.