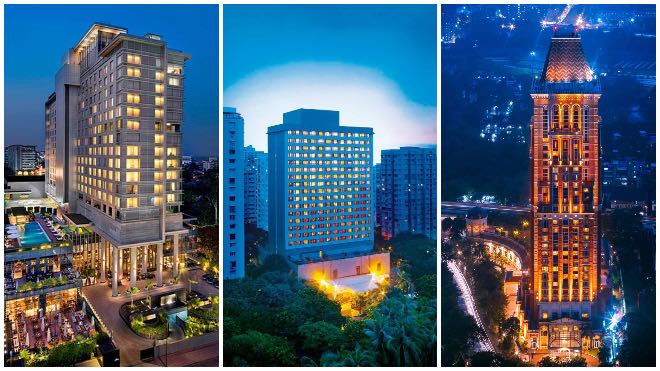 IPL 2022: Team Hotels Check where and in which hotel IPL teams will stay in Mumbai and Pune

With a few days to go for the 15th edition of the Indian Premier League (IPL 2022), there is excitement in the air. As soon as the schedule of IPL 2022 got announced, it grabbed a lot of attention from cricketing fans all around the world and it has increased the expectation among the audience.

With IPL 2022 league matches taking place in Mumbai and Pune, fans will be curious where the ten teams will stay during this period.

IPL 2022 teams will be based in a separate hotel to make sure that the bio-secure environment is maintained. 10 hotels have been identified in Mumbai, two hotels have been zeroed in for Pune.

About the broadcast/production crew, there will be a total of three crews that will cover the IPL and while two crews will be based in Mumbai, one crew will be based in Pune and five hotels have been identified for them in the two cities.

A green corridor will be also built for the teams to ensure a “safe passage and smooth movement” during the tournament for hassle-free and quick movement of the teams between the stadiums and training venues and the team hotel.

So let’s check where and in which hotel IPL 2022 teams will stay in Mumbai and Pune:

Nestled in the heart of vibrant and bustling Mumbai, Trident Nariman Point will be the den of Chennai Super Kings (CSK) during the IPL 2022.

One of the new IPL team, Gujarat Titans (GT) will stay in the JW Marriott, Sahar for the next two months.

Luxurious ITC Grand Central will be the home of the Kolkata Knight Riders (KKR) during the upcoming IPL tournament.

Lucknow Super Giants will stay at the Taj Vivanta (Ta President Hotel) for the next two months.

Four times IPL Champions, Mumbai Indians will stay at Trident Bandra Kurla, one of the most luxurious hotels in South Mumbai.

Perched neatly on the banks of Lake Powai, Renaissance Mumbai Convention Center Hotel will be the home of Punjab Kings for the next three months.

Rajasthan Ovals will be staying at Grand Hyatt Mumbai, which is nestled amid 10 acres of sprawling greenery.

Royal Challengers Bangalore will be staying at Taj Lands End, a hotel with a view overlooking the Arabian Sea and the Bandra Worli Sea Link in Mumbai.

ITC Maratha, inspired by the Maratha dynasty will be the home of Sunrisers Hyderabad for the next two months.

Meanwhile, teams playing in Pune will be allocated in JW Marriott or Conrad Hotel in the city.