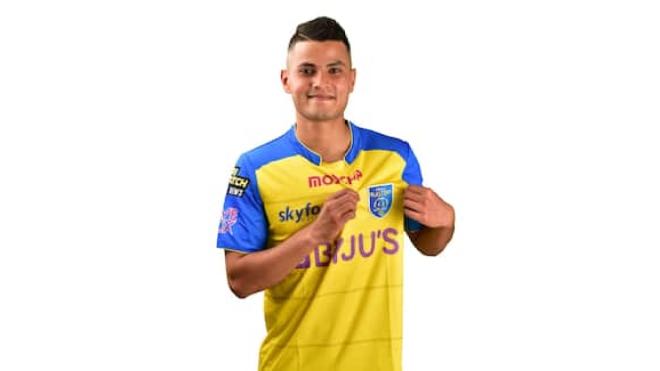 Kerala Blasters FC on Friday (Mach 19) announced the signing of Sanjeev Stalin on a 3-year deal that will keep him at the club till 2024 joining the team from the 2021-22 Indian Super League (ISL 2021-22) season. The 20-year-old left-back will be joining the team from Portuguese side Aves.

Speaking about the signing for Kerala Blasters FC, Stalin called it a “dream” in his career. He said he couldn’t wait to get started and play in front of the fans.

“l am glad to continue my football journey with Kerala Blasters FC and come back in the Indian Super League after learning so much in Europe. Football is more than a passion to me. It’s a dream that I’m living on a day-to-day basis, the one dream I’m working hard to make as memorable and joyful as possible and reach the highest levels possible. I can’t wait to start training with the team and play in front of the Yellow Army,” said Sanjeev Stalin.

Sporting Director Karolis Skinkys said having a young talent like Stalin gives the team confidence going into the season. Karolis was positive about Stalin’s contribution in terms of his experience and exposure abroad.

“I’m happy to have a talented player like Sanjeev Stalin join Kerala Blasters FC. He is a young player who has the ability to make an impact in our squad. The experience he’s gained from playing 2 years in Portugal means he’ll be more mature and ready to play to the top level. I wish him all the very best and will extend my full support in his development,” said Karolis Skinkys, Sporting Director, Kerala Blasters FC.

Stalin started his youth career at the Chandigarh Football Academy and progressed to the senior set-up in 2017, featuring for the Indian Arrows. Having developed a reputation as one of the most promising young footballers in the country with a penchant for set-pieces, Stalin went on to make 28 appearances for the Indian Arrows over 3 seasons.

Stalin has also represented India at the U-17 and U-20 level – most notably at the 2017 FIFA U-17 World Cup, where India put up a good show. He boasts of a penchant for set-pieces and is equally skilled with both feet. Most notably, it was Stalin’s assist from the corner that led to, his now new teammate, Jeakson Singh’s headed goal against Columbia.

Stalin who made a move to Portugal in 2019 joined the Deportivo Aves U-23 side to continue his development. Before his signing with KBFC, Stalin also had a loan stint at Portuguese club Sertanense.