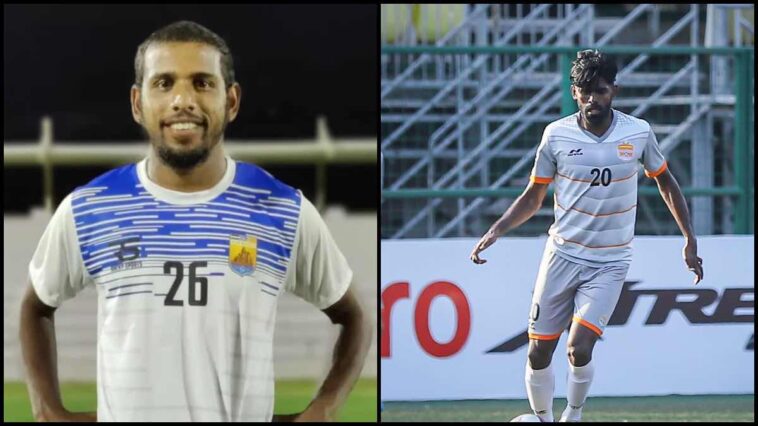 Chennaiyin FC have signed Tamil Nadu players Lijo Francis and Jockson Dhas on two-year deals ahead of the upcoming season of the Indian Super League (ISL 2022-23).

Chennaiyin FC have handed both the players their maiden Indian Super League (ISL) contracts. The duo will be joining Chennaiyin FC from the Bhopal-based club, Madan Maharaj.

Dhas, who hails from Vallavilai village, located in the Kanyakumari district, is a midfielder while Francis is a defender. They had played together for Chennai City for two I-League seasons.

While expressing excitement about his first ISL contract, Francis said, “I am happy to join the Chennaiyin FC family and I am excited to play in front of the fans. This is my first time playing for a club in the ISL and I’m looking forward to the upcoming season.”

“I’m so excited to play for Chennaiyin FC, a club from my hometown, in front of the Tamil Nadu fans. I will give my best for these fans and this team,” Dhas said.

Francis was one of the few Indian footballers selected for a month-long training camp in Madrid by the Spanish club AD Alcorcon. The 22-year-old youngster has played 11 matches in his professional career with one goal to his credit.

Dhas began his professional career with the Lions in 2019 and has made 32 appearances so far. He has scored two goals and provided three assists. Interestingly, both of his goals came while playing as a centre-forward. He also featured in one AFC Cup game for Chennai City.