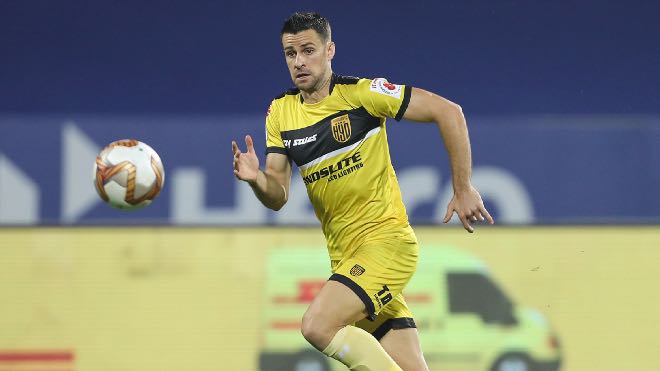 Hyderabad FC and Australian attacker Joel Chianese have agreed terms for a one-year extension till the end of the 2021-22 season. The 31-year-old Aussie who can play in multiple positions in attack, will now join his former side Perth Glory on a short-term deal till the end of the current 2020-21 A-League season.

Joel Chianese was signed by Hyderabad FC ahead of the 2020-21 season of the Indian Super League (ISL 2020-21) for 1 year. After missing some initial games with an injury, Joel returned with a bang for Manolo Marquez’s men scoring three times and providing one assist in 12 appearances. A constant threat in attack, he combined well with the Indian and overseas players upfront as Hyderabad FC put on an impressive run in the ISL 2020-21.