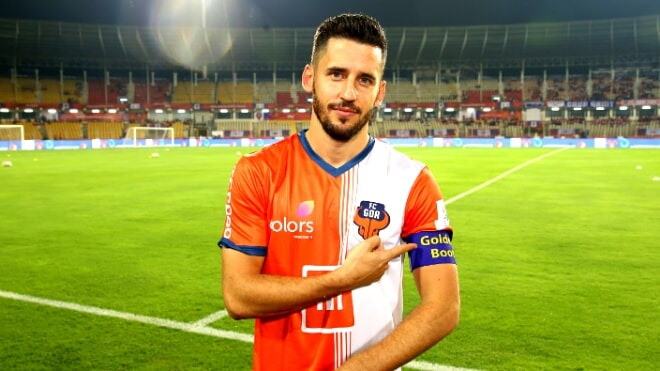 According to a latest report by IFTWC, Kerala Blasters FC have started talks with the player and is at the initial stage now.

Kerala Blasters FC have already got a good striker in their squad in the name of Bartholomeu Ogbeche, who is at the moment having talks with Mumbai City FC for a potential move this summer.

Kerala Blasters FC asked Ogbeche to take a pay cut due to the club struggling financially because of COVID-19 outbreak. But the striker refused to take a pay cut and since then, he is in talks with Mumbai City FC, however, nothing has been finalised yet.

Either Kerala Blasters FC is getting prepared to replace Ogbeche with Coro, or, they are looking to play a 2 striker formation next year with both Ogbeche and Coro.

Earlier Coro revealed to media that FC Goa offered him a contract extension but the wages were quite low compare to his performance, therefore he rejected the offer.

With FC Goa announcing Igor Angulo as their striker for next season, Coro’s chances of a return is now over.

Coro signed for FC Goa in the year 2017 from Doxa Katokopias on a free transfer. He represented FC Goa for 3 seasons and has been the best forward in the ISL in the league’s history so far.

Now, can the Blasters pull of this transfer ? The team has been affected a lot financially due COVID-19, therefore asked a lot of players to take a pay cut, that includes Ogbeche, whose wage is less than Coro’s demand. So will Kerala Blasters FC be ready to splash their money on the best forward of ISL.