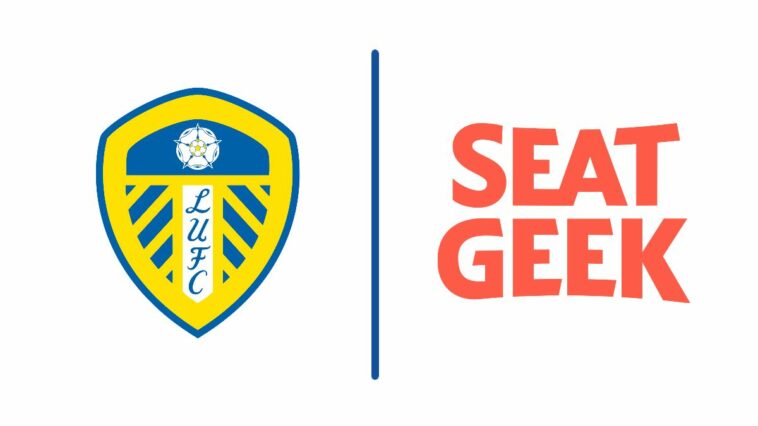 SeatGeek, the technology platform transforming the live-event experience for fans, teams, and venues, today announced a new multi-year partnership with Leeds United of the English Premier League (EPL). As an Official Partner of Leeds United, SeatGeek will create a world-class supporter experience starting with the 2022-23 season, set to begin in August.

“By partnering with SeatGeek, we’re giving our supporters the opportunity to spend less time in the queue and more time in the stands,” said Katie Holmes, Head of Ticketing at Leeds United.

“The majority of our fans purchase their tickets online so we needed a partner that could support the delivery of mobile tickets. With SeatGeek, we’ve updated our management platform for major sales giving supporters more clarity around queue numbers and expected wait times, as well as live updates to enhance communication–all critical aspects of our digital transformation journey to create efficiencies and a stress-free buying experience,” she added.

Leeds selected SeatGeek due to the power and flexibility of its platform, as well as the Company’s historical success within the English Premier League. SeatGeek has a proven track record of improving the ticketing experience for both fans and clubs using its open-ecosystem enterprise ticketing software and mobile-first products. With the addition of Leeds, SeatGeek now powers the majority of clubs in the EPL.

“We admire Leeds United and the club’s unwavering commitment to providing only the best for its supporters,” said Peter Joyce, Managing Director of EMEA at SeatGeek

“The future of ticketing is constantly evolving and is increasingly mobile. Staying ahead of the curve through innovative technology creates new possibilities for club staff and fans. We look forward to growing our relationship with Leeds and their incredible fanbase,” he added.

SeatGeek has experienced tremendous growth since expanding into primary ticketing, with a top-tier client portfolio including 11 (55%) of the 20 Premier League clubs including Manchester City, Liverpool, Newcastle United, Leicester City, and Aston Villa, as well as a range of English Football League (EFL) Championship clubs.

SeatGeek also tickets three National Football League (NFL) teams – the Dallas Cowboys, the New Orleans Saints, and the Arizona Cardinals – and has league-wide agreements with the NFL and the Major League Soccer (MLS) in the United States, and tickets the Lloyd Webber Theatre Group in London’s West End.