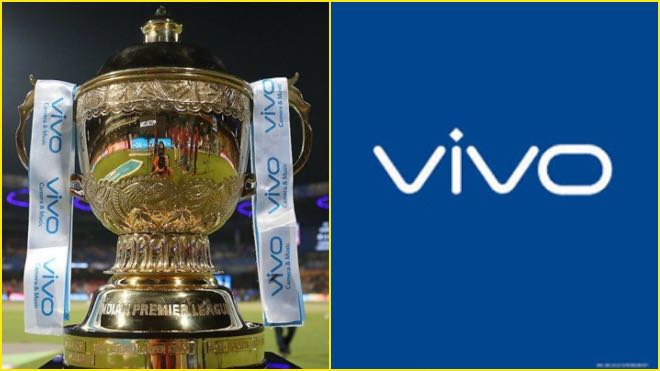 New sponsor for IPL 2020; VIVO pulls out as the IPL title sponsorship for one year

VIVO had bagged the Title Sponsorship in 2017 for a whopping Rs 2,199 crores for five years. VIVO has three years of contract left and with this new move VIVO will be title sponsorship till 2023 which was ending in 2022, as this arrangement is only for one year.

Interestingly, VIVO proposed to end the contract due to the dip in sale during this crisis. After which BCCI proposed to only drop the sponsorship for one year.

According to Times of India, a source said, “Vivo is going to have to exit the league this year and that looks certain now. How that happens is going to depend on how BCCI and Vivo negotiate the matter. The company (Vivo) has had its own share of issues and the BCCI has optics to deal with, given the political climate. They have to come to some understanding here because legal options can’t be considered in this case.”

“Even if the Board can get a replacement at 50% of the value, it’ll be an achievement. Anything more than that will actually be a shot in the arm. Let’s hope things settle amicably. The IPL has been planned and everything’s set,” industry stakeholders opined.

BCCI will soon announce officially and will invite bids for the Title Sponsorship for the IPL 2020. IPL 2020 is scheduled to start from September 19 in UAE so it is expected that BCCI will complete the further process by August 20.

IPL governing council and Board of Control for Cricket in India (BCCI) faced backlash on Monday after they retained the Chinese mobile company as title sponsors of IPL 2020.

Dr Ashwani Mahajan, National Co-convener of the Swadeshi Jagran Manch (SJM), the Economic wing of Rashtriya Swayamsevak Sangh (RSS), had said, “We urge Government of India that it should warn IPL Council and if they don’t comply, then Government should withdraw recognition to the tournament.”