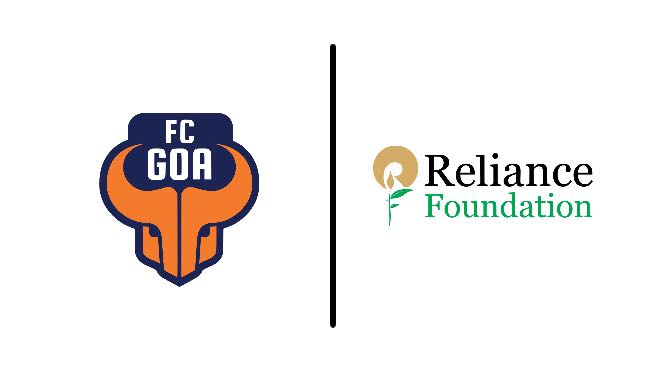 FC Goa announced that the club will be joining forces with the Reliance Foundation, who will act as the Gaurs’ official Grassroots and Youth Development partner.

The partnership will aim to further emphasize the Club’s efforts in these spheres. With the Reliance Foundation as partners, FC Goa will aim to further spread the game in the state whilst also giving the children the requisite infrastructure and education about the ‘beautiful game’ to aid in their growth.

FC Goa’s Technical Director, Derrick Pereira spoke on the new partnership. He said, “Grassroots and youth development have been an integral part of the club’s ethos. FC Goa is fueled by the energies of the community and our efforts are directed to excel at this every day. Now with the Reliance Foundation on board as official partners, we will be able to further our efforts towards ensuring a bright footballing future for both Goa and India.”

“We are thrilled with their commitment to activate the partnership across our youth teams and at the grassroots level and look forward to working togethe,.” he added.

FC Goa’s Director of Football, Ravi Puskur, also weighed in on the development. He said, “Developing players is a key component of FC Goa’s identity. It’s in our DNA. With the Reliance Foundation joining in the effort, I firmly believe we can produce some of the finest players, right here in Goa.”

“With them as partners, we believe that we will be able to provide our youth with even better facilities, opportunities and add to the structures that we have in place – and produce players of the calibre and the level that will not only make Goa but also India proud in the days to come,” he added.