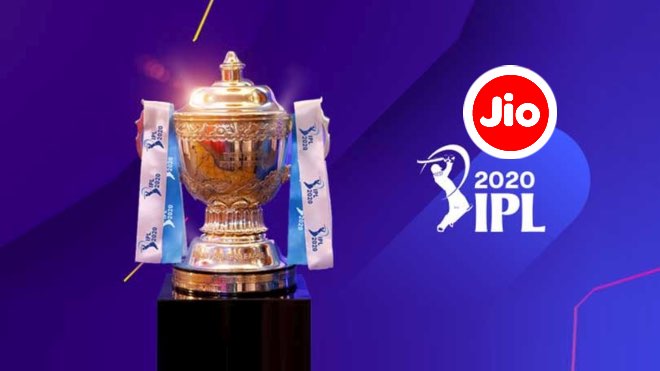 After VIVO exits from the 13th edition of Indian Premie League (IPL2020) title sponsorship, BCCI has sent SOS to various corporate houses but none of them is showing any interest.

According to the latest reports, Reliance Jio has no interest in IPL 2020 title sponsorship. The MI representative turned down the offer saying that “they are not exploring any association like that.”

According to market expert it would be very surprising if telecommunications brand Jio comes in, and that could be more to do with the good terms the owners share with the BCCI.

“See, Jio is already a brand that is individually associated with the eight teams,” the expert said.

“Why would it further want to get into the title sponsorship game? If they do, that would be more to do with the relationship they share with the BCCI. Also, as per statistics, they have been one of the most prominent brands in the IPL window ever since they associated themselves with the eight teams,” he explained.

“But then, you can never rule Jio out as the telecom industry has the capability if it wishes to. I would term them as the dark horse. For me, the favourites would be between an e-learning brand (Byju‘s or Unacademy) or an e-commerce (Amazon) one,” he added.

BCCI is also reaching out to its existing partners PayTM (BCCI’s Home Series Sponsor), Byju’s (Indian Team Jersey Partners) and also some of the IPL associate partners (Tata Motors, Dream11 and others) to check if they would be interested in the IPL 2020 title partnership. But they have received less than encouraging response from most of the parties.

“All of these companies are BCCI’s partners. They are Indian entities but we are little concerned about very strong Anti-China undercurrent. We don’t want to speculate on how people will react if any of them come on board,” said one of the BCCI official according to a report in InsideSport.