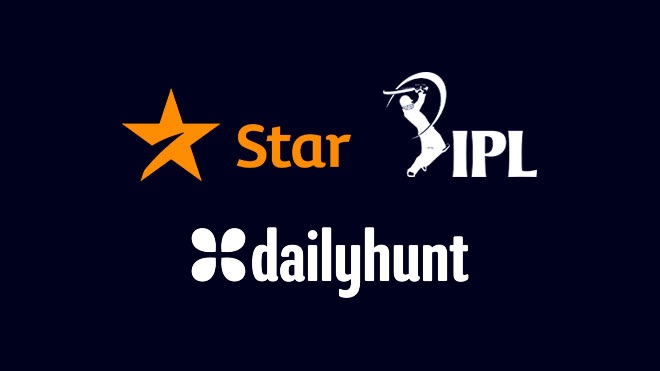 Star India, the official broadcaster of the 13th season of Indian Premier League (IPL 2020) has signed up with DailyHunt as an associate sponsor.

In a bid to maximise its reach, Indian local language content discovery platform Dailyhunt is betting big on IPL. The news aggregator has onboarded the IPL bandwagon and signed on Associate Sponsorship deal with Star India for the upcoming season to be played between September 19 to November`10 in UAE.

Star Sports already has signed up with brands like PolyCab, ITC, Coca Cola, Rummy Circle, AMFI, P&G, Kamla Pasan as associate on-air sponsors in the category. DailyHunt will be the 11th brand in the associate sponsorship category.

Dailyhunt denied commenting on its IPL plans. However, the associate sponsorship, which costs in the excess of Rs 45 crore, holds significance in the wake of the launch of Dailyhunt’s short-video app ‘Josh’. “What better platform could be than IPL to take ‘Josh’ to the masses in such a short period of time,” said a source said to the BestMediaInfo.