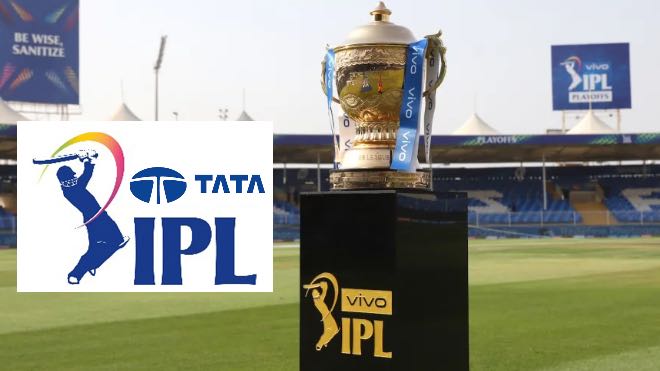 India’s business conglomerate, the Tata Group, is set to replace Chinese mobile manufacturer VIVO as the Indian Premier League’s title sponsor for the next two seasons (IPL 2022 and IPL 2023) after the IPL governing council gave the approvals on Tuesday.

VIVO had bagged the IPL Title Sponsorship in 2017 for a whopping Rs 2,199 crores for five years. In August 2020, VIVO pulled as IPL Title Sponsor for IPL 2020 after citing a dip in sales during the pandemic. Though it was reported that the Board of Control for Cricket in India (BCCI) suspend due to standoff at the Line of Actual Control and backlash against Chinese companies. Dream11 was roped in as title sponsor for IPL 2020. VIVO made comeback in IPL 2021. With three years left of the deal, VIVO was set to be title sponsor till 2023 which was ending in 2022.

VIVO will transfer the title and naming rights to Tata and after this agreement, the league will be called as Tata IPL. BCCI will get the same fee from Tata at which VIVO was the title sponsor.

“There was a request from Vivo to exit the IPL sponsorship deal and the GC has approved it. The BCCI will continue to earn the same fee for the title rights,” said the official as quoted by Cricbuzz.

BCCI secretary Jay Shah welcomed the Tata Group on board and said, “This is indeed a momentous occasion for the BCCI IPL as the Tata Group is the epitome of global Indian enterprise with an over 100-year-old legacy and operations in more than 100 countries across six continents.”

“The BCCI like the TATA Group is keen to promote the spirit of cricket across international borders and the growing popularity of the IPL as a global sporting franchise bears testimony to the BCCI’s efforts. We are truly happy that India’s largest and most trusted business groups has believed in the IPL growth story and together with the Tata Group, we will look to take Indian cricket and the IPL forward to greater heights,” he added.