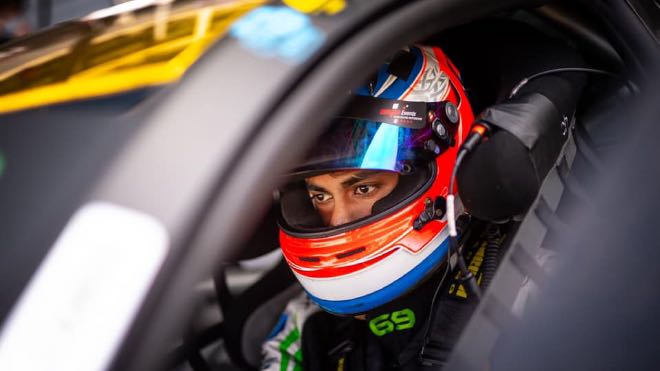 The only Indian driver in the European GT4 Championship lineup grid Akhil Rabindra hopes for a podium finish at the Circuit Paul Ricard, Le Castellet in France, this weekend from May 28th-30th, 2021. The 24-year-old has bagged a spot at the Aston Martin Racing (AMR) Driver Academy for the third time in a row this year.

This will be the third time that Akhil will be racing at the Circuit Paul Ricard. Prior to this race, he has raced at the French FFSA GT Championship in previous season wherein he along with his teammate Vannelet made a strong comeback finishing P6 in the Pro-Am category and an overall P10 position in race two while finishing P9 in their respective category in race one.

“The track has an interesting mix of fast and slow speed corners. The competition will definitely be higher and a lot would depend upon our driving. I am really looking forward to getting back on the racetrack with AGS Events Racing,” stated Akhil post the race weekend.