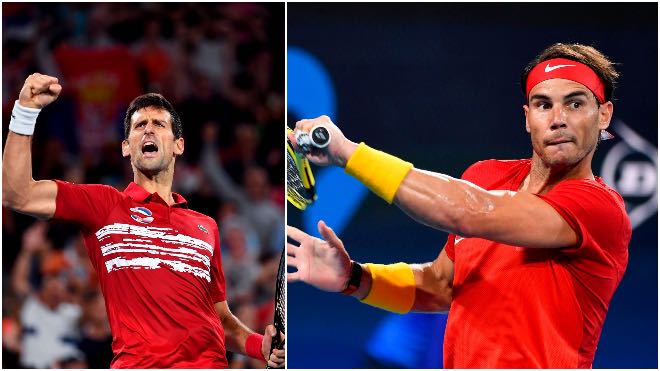 The 34-year-old Spaniard Rafael Nadal & the Serbian tennis champion Novak Djokovic can be seen once again from February 1 till February 5, 2021, for the upcoming ATP Cup-opening men’s tennis event.

The selections for the ATP Cup were determined by the top rankings of the rising tennis stars from the countries such as Austria, Russia, Greece, Germany, Argentina, Italy, Japan, France, and Canada, whereas, Australia secured its position through wildcard.

Nevertheless, fans can still rejoice as they will witness a total of 12 teams displaying their exquisite game at Melbourne Park. Furthermore, amidst the coronavirus restrictions, all the participants will be quarantined for 14 days before the game.

As per the speculations, the men’s singles draw will be conducted in Doha, Qatar and for women in Dubai between January 10 to January 13, 2021. These matches are indeed extremely important for the tennis stars if they wish to make their way into the upcoming Australian Open that is supposed to be held on January 20.

Moreover, during the previous year, regardless of the pandemic crisis, a total of 24 teams participated in the ATP Cup held in Australia, however, Djokovic stood victorious against Nadal by defeating him during the spectacular showdown at Sydney’s Ken Rosewall Arena.