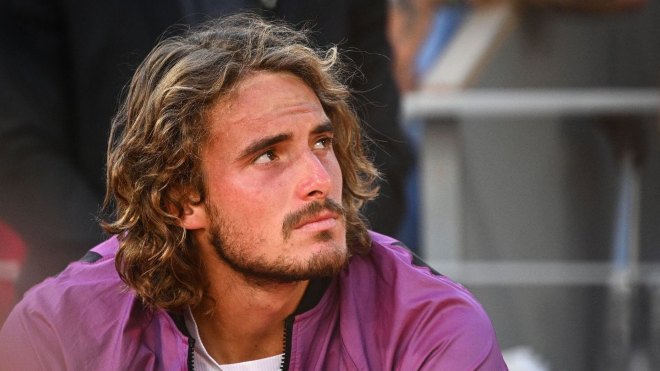 The runner-up of the recently concluded French Open Stefanos Tsitsipas has pulled out of the Wimbledon warm-up event in Halle, Germany due to personal reasons.

The 22-year-old Greek player revealed on the social media platform that he had learned of the death of his paternal grandmother only five minutes before the French Open finals.

In his Instagram Stefanos Tsitsipas, said, “Five minutes before entering the court my very beloved grandmother lost her battle for life”. A wise woman whose faith in life, and willingness to give and provide can’t be compared to any other human being that I have ever met. It’s important to have more people like her in this world. Because people like her make you come alive. They make you dream.”

He used his Sunday’s defeat in reference and said, “Life isn’t about winning or losing. It’s about enjoying ever.”

He also wrote, “It’s all about living a meaningful life without misery and abjection. Lifting trophies and celebrating wins is something but not everything.”

Greece’s Stefanos Tsitsipas has then accepted a wild card entry in the ATP 500 grass-court event in Halle. He would then played against his brother Petro Tsitsipas. Instead of him, German Yannick Hanfmann will be playing the match.

In the French Open finals, Tsitsipas performed relatively very well and won the two sets and gave a tough outing to the World number one Novak Djokovic. But he ended up losing in his maiden grand slam final by 7-6, 6-2, 3-6, 2-6, and 4-6 in the gruelling and nail-biting encounter over four hours and eleven minutes.

In his maiden grand slam final, Tsitsipas impressed everyone with his skill and the play in the whole tournament and played elegantly and gave the tough competition to Djokovic.