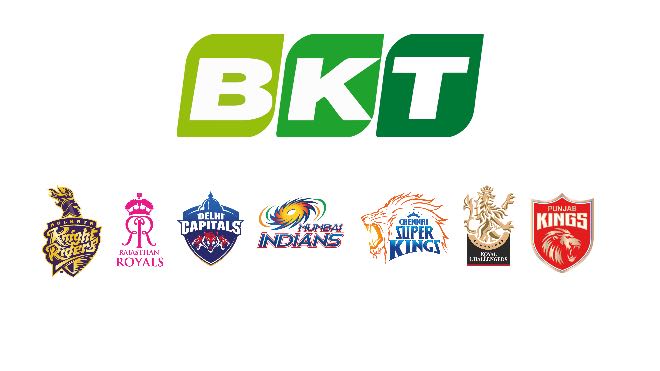 BKT Tires (Balkrishna Industries Ltd.) announced the signing of the sponsorship deal as the Offical Tire Partner with seven IPL teams for the 14th season of the Indian Premier League (IPL 2021).

“The biggest off-highway tire manufacturer welcomes back one of the biggest sporting phenomena to India. The conglomerate is known to be a giant force steering all major sporting events in the world and cricket is no different. The Season marks BKT’s first collaboration with Royal Challengers Bangalore, and the second consecutive partnership with the remaining six teams, following Season 2020,” the company stated.

“We are elated to be a part of this huge cricketing event that is known to bind our entire nation, for yet another season, after key-collaborations with the biggest global leagues. At BKT, we believe deeply in the values that are inspired by the game of cricket such as leadership, generosity of spirit, resilience, and hard work, and are glad to contribute to the league’s infectious energy. As the premium league returns this year to India, we are sure that this will be a time of growing greatly together, as we all unite to celebrate one of the most popular sporting events of our times,” said Rajiv Poddar, Joint Managing Director of Balkrishna Industries.

BKT Tires also recently upgraded its association with KFC Big Bash League (BBL) in 2020 from a League Supplier to a League Partner. In India, the tire brand had a partnership with eight out of twelve teams of the Pro Kabaddi League in the 2019 season.