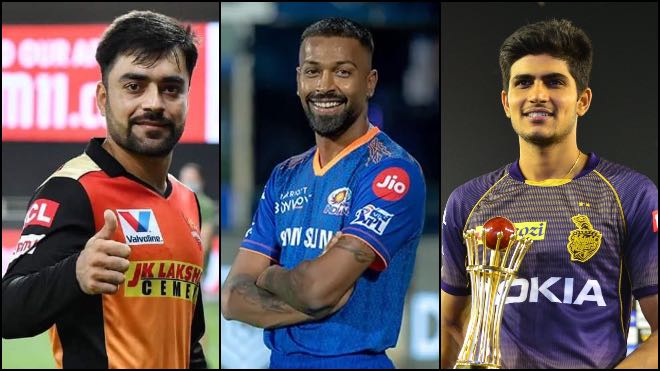 IPL 2022 mega auction count down starts, as it is set to take place on February 12 and 13, 2022 in Bengaluru. All 8 franchise announced their retained players, while two new teams Lucknow and Ahmendad franchise yet to disclose the players they have bought ahead of mega auction by January 22.

According to a report by espncricinfo, Ahmedabad have finalised their draft picks with Indian all-rounder Hardik Pandya, Afghanistan spinner Rashid Khan, and batsman Shubman Gill are set to join the new franchise.

According to rules set by the IPL governing council, Both teams can spend Rs 33 crore each on those three players ahead of the auction. Just like in player retention, this too has a fee break-up: Rs 15 crore, Rs 11 crore and Rs 7 crore for the first, second and third players, respectively.

However, Ahmedabad are set to pay both Hardik Pandya and Rashid Khan Rs 15 crore, while Rs 7 crore to Shubman Gill. This means the franchise will go into the IPL 2022 mega auction with a purse of Rs 53 crore.

According to the report, all-rounder Hardik Pandya is likely to lead the team, which be the first experience for a 28-year-old.

Ahmedabad franchise have also finalised its coaching staff – they will be led by former India fast bowler Ashish Nehra, and former South Africa batter and head coach Gary Kirsten while, former England batsman Vikram Solanki will be the team director. This is the second IPL franchise where the trio of Nehra, Kirsten and Solanki will work together: the previous instance was at Royal Challengers Bangalore.