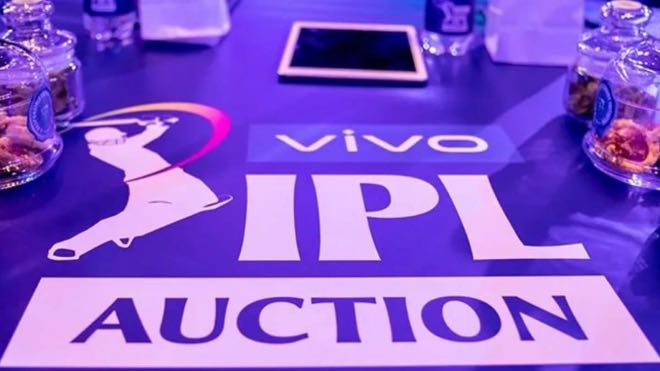 IPL Mega Auction ahead of the 15th edition of the Indian Premier League (IPL 2022) will be a two-day affair, which will take place on February 12 and 13 in Bengaluru.

Confirming the reports, the league chairman, Brijesh Patel said, “Yes, the auction will be held in Bengaluru on February 12 and 13.”

Brijesh Patel also confirmed that the two new IPL teams, Luckow and Ahmedabad have also been given formal clearance for player signing before the mega auction after a meeting of the Indian Premier League (IPL) Governing Council on Tuesday.

“Yes, a formal clearance has been given to both Lucknow and Ahmedabad franchises. Both of them have been given two weeks’ time to finalize their draft picks,” IPL chairman Brijesh Patel told ANI.

Earlier the final date for the new teams to complete the recruitment process was December 25, which has now been extended till January 22.

Both teams can sign a maximum of three players with not more than one overseas player from a special draft involving all the players that have been released.

Both teams can spend Rs 33 crore each on those three players ahead of the auction. Just like in player retention, this too has a fee break-up: Rs 15 crore, Rs 11 crore and Rs 7 crore for the first, second and third players, respectively.

If they sign two players they can spend Rs 24 crore (Rs 14 crore and Rs 10 crore) and only Rs 14 crore for one player. An uncapped player would cost them only Rs 4 crore, as much as for the eight original teams who had the right to sign a maximum of four players.

Earlier this week, Tata replaced Vivo as the title sponsor of the IPL for this season and the next, the last two years of IPL’s contract with the VIVO.