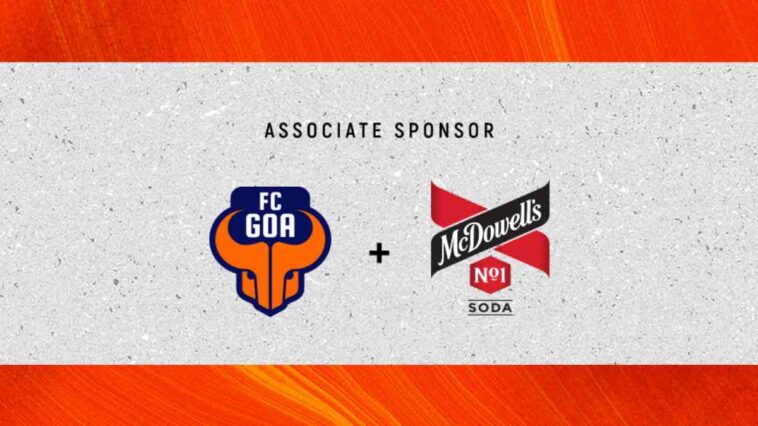 As part of the partnership, McDowell’s No.1 Soda will appear on the upper sleeve of the FC Goa shirt for the entirety of the ISL season.

Ravi Puskur, Vice-President, FC Goa weighed in on the association, saying, “McDowell’s No.1 Soda is one of the most recognisable brands in India and one that is associated with celebration. And this year, I believe, is one where we are celebrating football with fans allowed to be back in the stands.

“Our goal has always been providing fans reasons to celebrate their favourite football team, the beautiful game, and the moments that come along with it. Thus, I believe we will be able to ﬁnd several synergies across the season for the brands to collaborate and bring success to all,” he added.

Ruchira Jaitly, Executive Vice President and Portfolio Head, Marketing, Diageo India said, “Football is the ultimate team sport, and the sportsmanship and camaraderie on and off the field is legendary. With this ISL season, McDowell’s No1 Soda, in association with the FC Goa, is proud to be a part of this team of yaars and to celebrate those special moments of ‘Yaari’, whether on or off the field, in a sport that is a passion with every Goan.”

“McDowell’s No1 Soda shares the same sentiments of the true bonds of ‘Yaari’ as does team FC Goa, and together, we look forward to making memorable moments happen for consumers and sportsmen alike this season,” she added.