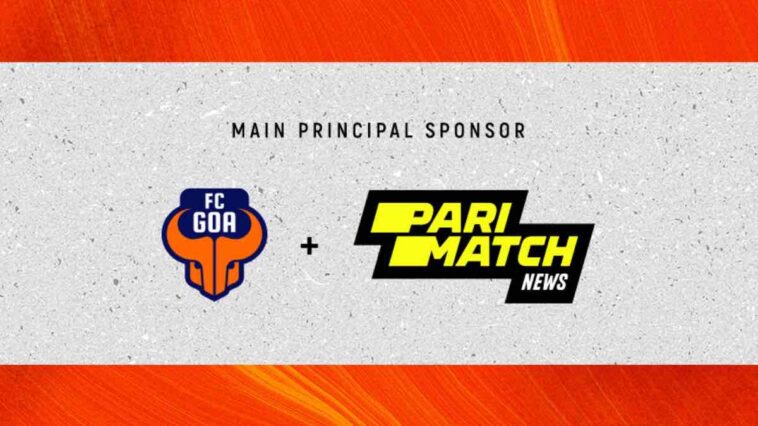 FC Goa, on Tuesday, announced Parimatch News as the Club’s Main Principal Sponsor for the upcoming season of the Indian Super League (ISL 2022-23).

As part of the multi-year tie-up, Parimatch News will appear on the chest of the club shirt and training wear throughout the season.

The name and logo of Parimatch News will also be featured in various social media graphics prepared by FC Goa, and on-ground advertising across every live ISL game played by the Club, on all platforms that broadcast the league.

Akshay Tandon, FC Goa’s President weighed in on the partnership, saying, “I’m delighted to announce our partnership with Parimatch News. The Main Principal sponsorship is vitally important to the Club.”

“They share our enthusiasm for football in India and the association will further assist in the growth of the game in Goa and across the country. We look forward to a fruitful association and finding synergies between the two brands,” he added.

Dmitry Belianin, CCO, Parimatch International said, “It’s a matter of great pride for us to be associated as the Main Principal sponsors of FC Goa, among the most popular clubs in the Indian Super League.”

“Goa has always been a stronghold of Indian football and we at Parimatch News look forward to contributing to the success story, by growing the profile of FC Goa and doing all we can to support the next generation of talent in the state,” he said.

Parimatch News have also associated with Chennaiyin FC and ATK Mohun Bagan in ISL 2022-23 and have previously associated with  Kerala Blasters FC and NorthEast United FC.