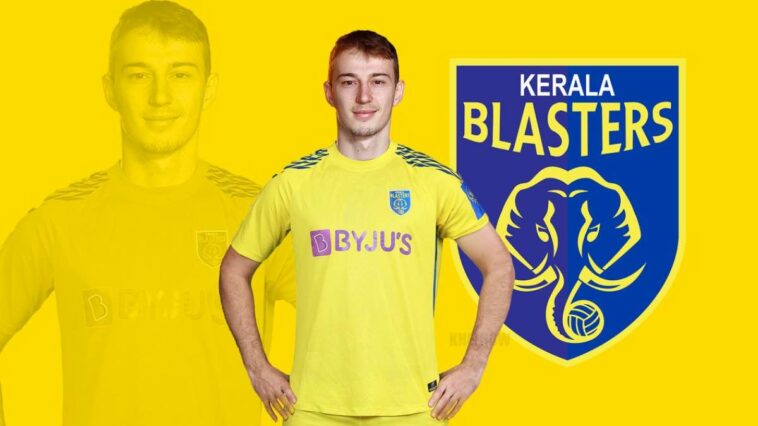 Kerala Blasters FC announced the contract extension of Croatian defender Marko Lešković, ahead of the 9th season of the Indian Super League (ISL 2022-23). The extension means Marko will be at the club until 2024. He joined Kerala Blasters from GNK Dinamo Zagreb (Dinamo Zagreb) last season (ISL 2021-22).

“I’m excited to continue my stay with Kerala Blasters. We reached so far into the game last season, this season’s motive would be to win that cup under the guidance of our Head Coach,” says a delighted Marko Lešković.

“I’m happy we reached an agreement with Marko. He is one of the best players around the league and it’s great that we were able to keep consistency and extend his stay in Kerala for at least the next two years,” said Karolis Skinkys, Sporting Director, KBFC.

“We are very pleased with Marko’s extension. He proved that he is one of the best defenders in ISL. Not only his statistics but his commitment and professionalism are great examples for everyone. We are very glad that he will continue with us. With the consistency and leadership he has, he will help improve young players and play better himself. His experience and human qualities will bring many important things to our squad. It is good to have him as part of KBFC,” Said Ivan Vukomanovic, Head Coach, KBFC.

The 31-year-old started his professional career in 2009 with the youth team of NK Osijek. He made his first-team debut in 2011 and went on to make 56 appearances for the Croatian first-division club. He scored 5 goals during this time.

Prior to signing with the Blasters in 2021, Leskovic spent 6 months at NK Lokomotiva on loan from Dinamo Zagreb. Last season, he made 21 appearances for the Blasters, registering 38 tackles and 37 interceptions in his maiden Hero Indian Super League.

Leskovic has represented his country at all youth national levels from U18 to U21. He made his debut for the Croatian Senior National Team against Argentina in 2014. The versatile Croatian player has experience operating as a centre-back, left-back and defensive midfielder.