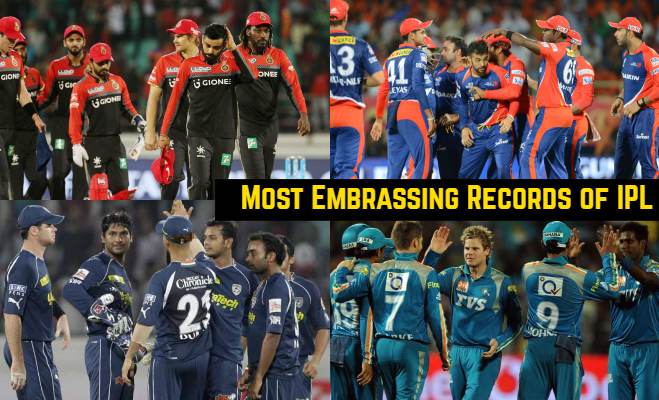 Most Embarrassing Records by IPL Teams

Indian Premier League (IPL) have several moment and records to cheer about but some records don’t go down well. So get ready for the 5 most embarrassing records that teams hoped they didn’t have to their name.

Royal Challengers Bangalore hold the record of lowest team score, isn’t it shocking. The team with strongest batting lineup with the like of Chris Gayle, Virat Kohli and AB de Villiers scored just 49 runs while chasing 132 against Kolkata Knight Riders in IPL 2019. No RCB players scored in double-digit, Kedar Jadhav scored 9 runs highest for the team.

Also Read: Most Embarrassing Records in IPL by Players

3. Most Extras in an Inning