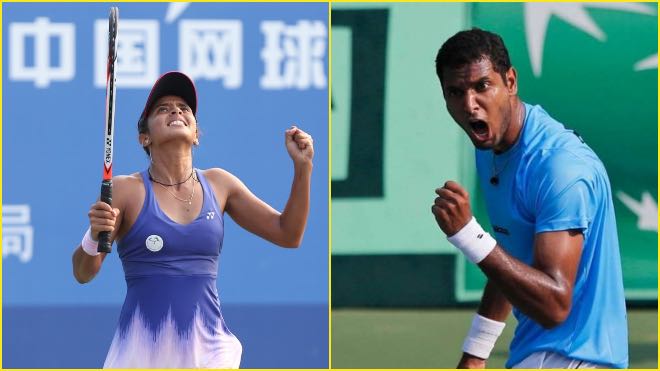 French Open 2020: Ankita Raina qualifies for the second round, Ramkumar Ramanathan bids farewell to the tournament

India’s tennis sensation Ankita Raina has been successful in securing her position in the second round of the French Open tournament, after defeating Jovana Jovic in a gruelling match on Tuesday, however, the Indian Davis Cupper, Ramkumar Ramanathan had to bid farewell after he lost the match against French wildcard player Tristan Lamasine.

The match lasted for approximately two-hour 47 minutes, wherein, the 27 -year-old Ankita Raina aced by a score of 6-4 4-6 6-4 against the Serbian. Furthermore, it is speculated that her next opponent will be Japan’s, Kurumi Nara.

So far it has been challenging for Ankita to beat the higher levels at the Grand Slam, therefore, this win is extremely crucial for her to break the cycle. Sania Mirza has been the only Indian woman who has been able to play the main draw match during the 2012 Australian Open.

Some of the country’s eminent players such as Sumit Nagal has already exited the tournament, and now the whole weight of expectations is on the shoulders of Prajnesh Gunneswaran, the only Indian male player who is left in the men’s singles qualifying event.