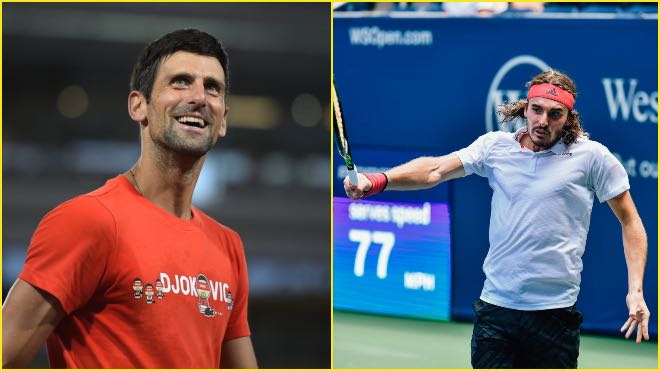 Stefanos Tsitsipas wooed the heart of zillions by becoming the first-ever Greek tennis player that entered the 2020 Roland Garros quarter-finals. Subsequently, the invincible Novak Djokovic also achieved another milestone by smashing the 35th match of the series.

The 22-year-old Tsitsipas won against Grigor Dimitrov with a score of 6-3, 7-6 (11/9), 6-2, despite experiencing an eye problem during the midst of the match. Furthermore, it is expected that the Greek marvel will be playing against the Russian Andrey Rublev in the next upcoming match.

“I had a problem with my eye so that’s why I had to call the doctor. It happened in my earlier matches too. It’s still red and irritated,” Tsitsipas said.

Furthermore, Novak Djokovic bagged a place in the Roland Garros quarter-finals for the 14th time with a series of 6-4, 6-3, 6-3 win against Karen Khachanov from Russia. This was Djokovic’s 35th win of 2020, and the fans worldwide couldn’t resist celebrating this victory along with their adorable tennis champion.

“It was a tight match and I am happy to win in straight sets,” said Djokovic who is now in the 47th quarter-finals of the Grand Slams.

The 33-year-old Serb might have to play against either Pablo Carreno Busta (Spain) or Daniel Altmaier (Germany) to ensure his position in the semi-finals.