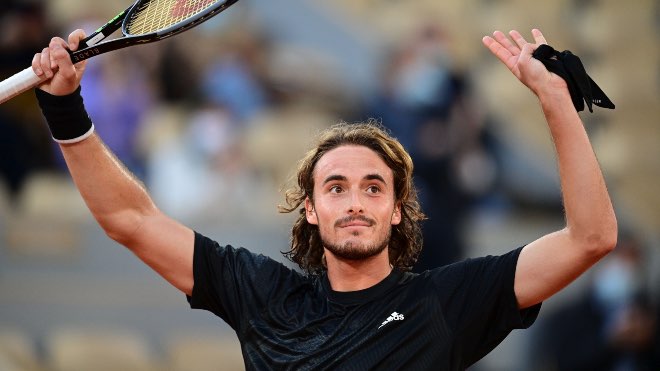 Even though Rublev aced the first set of the match with 5-4, soon after, the Greek swayed the game on his side after winning a series of three straight sets against the Russian. The fans at the Phillipe Chatrier Court marvelled as they witnessed the sheer finesse with which Stefanos defeated the 13th seeded Russian Andrey Rublev – that lasted for approximately an hour and a half. Indeed, it was an impeccable win with a series of 7-5, 6-2, 6-3 against Rublev.

The enigmatic Tsitsipas further displayed his tennis skills and smashed the next two sets. Stefanos has been applauded globally for his crisp exquisite tennis skills and will be seen against the Wimbledon Giants Novak Djokovic or Pablo Carreno Busta in the semi-finals.

Tsitsipas said, “I’ve been feeling really comfortable on this court and despite a bad start and being a break down I remembered what a big fighter I am. It’s about fighting and trying to find solutions at difficult moments. I managed to get my brain working and found solutions. Roland Garros is a tournament I have been watching since I was a kid and always dreamed of playing on these courts.”

He further expressed his passion for the sport by stating, “I used to skip classes at school to watch it. That’s how much I like this tournament. It’s a dream come true playing here and in front of the public.”