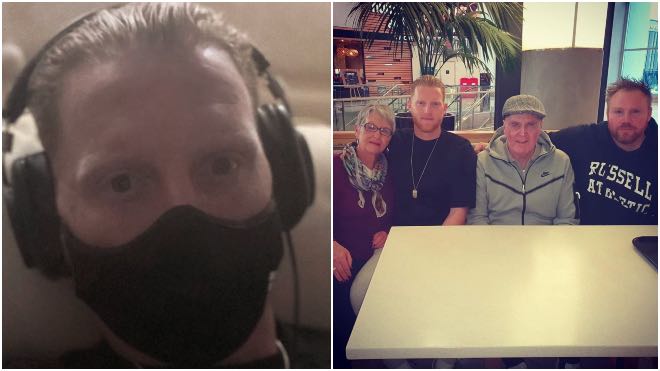 Ben Stokes has left New Zealand, who had flown back to New Zealand to be alongside his ailing father Ged in early August, during Pakistan’s tour of England. Stokes’ father, former rugby league international, was hospitalised in Johannesburg last year right ahead of Christmas.

Rajasthan Royals, on Saturday (October 3), tweeted a picture of Stokes en route to the UAE, with the England allrounder set to land on Sunday Morning.

The allrounder had earlier posted images of him with his family on Instagram with the caption, ‘goodbyes never get easier’.

“Hi guys, quick question. How long does it take from Christchurch to UAE?.” Rajasthan Royals wrote on their official Twitter handle, on Saturday morning, October 3.

Hi guys, quick question. How long does it take from Christchurch to UAE? ✈️?#HallaBol

Ben Stokes will be reaching UAE on Saturday night and as per the IPL COVID-19 protocols, Stokes will have to undergo six days of quarantine along with tests on arrival in the UAE. And will join the team bio-bubble on October 10 if he tests negative for all the test.

He will be available for Rajasthan Royals match against Sunrisers Hyderabad on October 11, but it will be unlikely that he will be on the field for the match this soon. He might be playing on October 14 against Delhi Capitals in Dubai.

Rajasthan Royals will be facing Royal Challengers Bangalore in today’s match at the Sheikh Zayed Stadium, Abu Dhabi in the first doubleheader of the season.