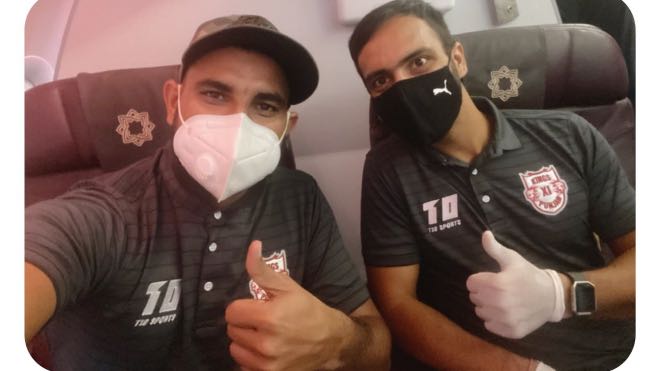 Kings XI Punjab pacer Mohammed Shami shared a picture of himself in a flight and he captioned the post as, “Apne Munde, off to Dubai.”

According to the ‘Standing Operating Procedure’ relocated by BCCI, all the team will be travelling in the charted plane after two negative tests for players in the last 72 hours.

Kings XI Punjab will be in a bio bubble and will be staying at the Sofitel hotel in Dubai. Sofitel Hotel is also called as The Palm and is along the Arabian Gulf in the Palm Jumeirah.