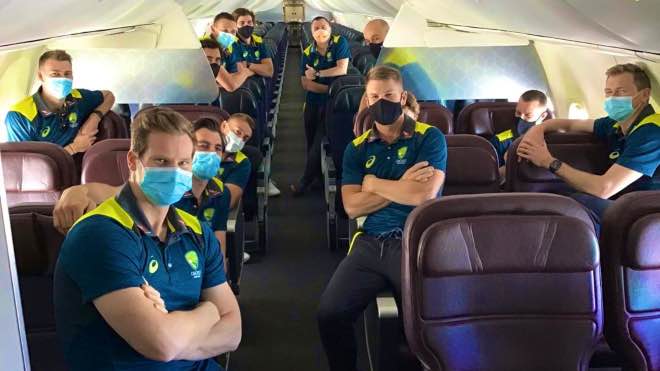 Seven franchises of the Indian Premier League (IPL) excluding Mumbai Indians have hired a charter flight to transport 22 England and Australia players from Manchester to Dubai.

Mumbai Indians is the only franchise who is not taking part in the collective effort as no player from the ongoing series in England is a member of the Mumbai Indians squad.

Efforts have been made in such a way that all players are transported from the England bubble to the IPL bubble so that the required six-day quarantine is exempted. Kolkata Knight Riders, based in Abu Dhabi, will still need their players to undergo seven-day isolation because of the Covid-19 rules in Abu Dhabi, and that is why the IPL authorities have obliged their request for a delayed start. All three KKR players, Pat Cummins, Eoin Morgan and Tom Banton will be eligible to play their first game on September 23 in Abu Dhabi After three negative test on 1st, 3rd and 6th day of isolation (they are allowed to play on the seventh day).

Whole transportation press will be as follows:

“It has all been taken care of. The idea is that they are not outside of the bubble. If we had flown them by commercial flights, they would have had to undergo quarantine. And cost-wise also it would have been dearer, as each player will have to be flown by business class. Close to Rs 1 crore for 22 players is not much, I suppose,” a franchise official said.