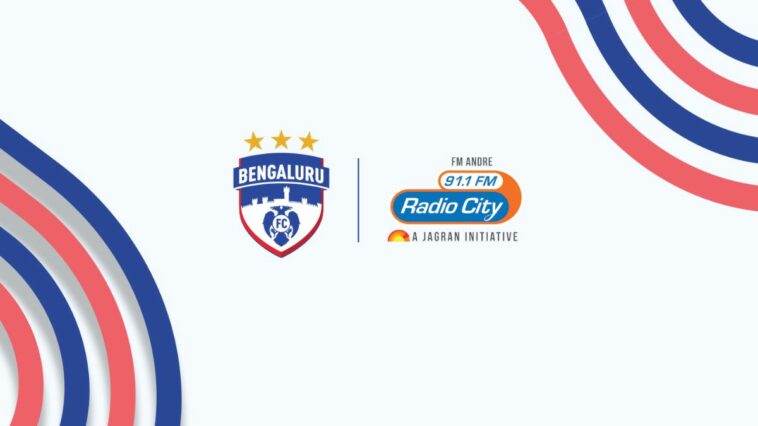 Bengaluru FC, on Thursday, announced a one-year deal with FM radio station, Radio City 91.1, who will promote the Blues’ games in the ninth season of the Indian Super League (ISL 2022-23).

The Blues began their Indian Super League campaign with a 1-0 win over NorthEast United FC at the Kanteerava Stadium, and are next in action against Hyderabad FC at the GMC Balayogi Athletic Stadium, in Gachibowli on October 22nd.

“We’re really glad to partner with Radio City, who have been among the frontrunners in the Radio industry for over two decades now. Our aim to reach the masses and make football more popular will ride on the wave of radio promotions, and we believe that this association will help us encourage more people to come and watch the sport,” said club CEO Mandar Tamhane.

“We are stoked to associate with Bengaluru FC as their official radio partner. Through this partnership, Radio City aims to engage with all the football fanatics and provide them with interesting insights as well as trivia around football. There is a massive fan base for football in the country and it gives us immense pleasure to join in their passion for the sport and entertain the listeners,” said Kartik Kalla, Chief Creative Officer, Radio City.

Radio City is India’s first private FM radio station that started operations from Bengaluru in 2001. Currently, the radio station has a presence across 39 cities in India.