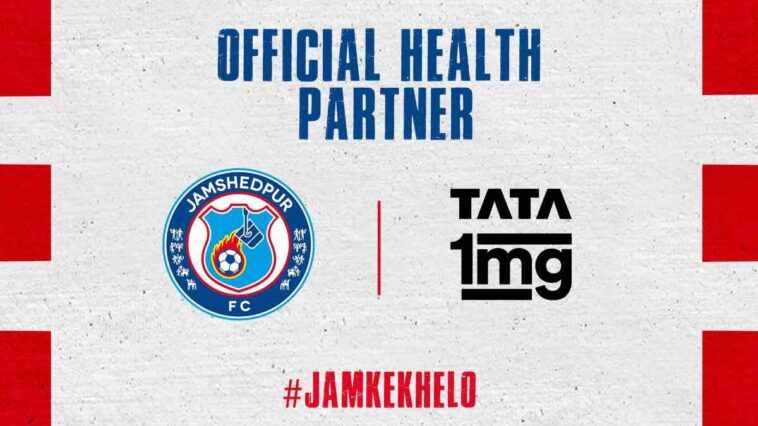 Tata 1mg has extended its association with Jamshedpur FC as the club’s Official Health Partner for the upcoming season of the Indian Super League (ISL 2022-23).

As a part of this association, Tata 1mg will have its logo visible on the medical kit bag and other medical assets of Jamshedpur FC. The partnership will also see Tata 1mg being promoted at the home stadium of the club, JRD Tata Sports Complex, as well as on Jamshedpur FC’s digital media platforms.

Jamshedpur FC CEO, Mukul Choudhari was ecstatic to have India’s #1 Digital Health Company associated with the club, as he said, “We take immense pride in having the largest eHealth platform of the country as our partners for another year. We look forward to continuing working closely with Tata 1mg to develop new ideas and engaging projects focused on football fans in Jharkhand as well as interacting with the wider football community in India.”

Speaking on the association, Prashant Tandon, Tata 1mg Co-founder & CEO said, “Tata 1mg is delighted to continue its collaboration with Jamshedpur Football Club for another upcoming season of the Indian Super League. Sports and healthcare are strongly interlinked and we hope to encourage and support sports through this partnership. It was an honor to be a part of the club and the team which lifted the league winner’s shield and wrote history in the previous season. We wish the Jamshedpur team great success in this season of the Hero ISL as they step into the new season with the aim of defending their well-earned title. We will continue to encourage better fitness and health in India by further strengthening our offerings and growing our network and expertise, to become the first choice of healthcare brand for consumers, doctors and caregivers across the country.”